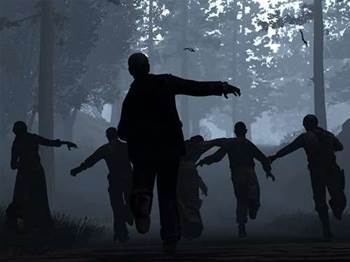 The architects of an industry code that saw Australian internet service providers commit to crack down on botnets have signalled a softening in their approach to internet security.

The Internet Industry Association is set to review its self-regulatory ‘icode’ for the first time since publication in order to identify and potentially rectify weak spots in the framework.

The code, which seeks to reduce the spread of malware through Australian networks and local computers, provides for service providers to inform affected users and, ultimately, quarantine or throttle the speed of internet services connecting affected users.

It was aimed at preventing “zombie” computers on Australian networks from sending user information to others without the subscriber’s knowledge or being used in a larger network of infected computers to attack other networks globally.

First enacted in December 2010, it has since attracted voluntary participation from 30 service providers covering some 90 percent of Australian internet subscribers

But amid international recognition of the code by the Organisation for Economic Cooperation and Development, and increasing interest from governments globally, the code has received some criticism from those who believe it did not do enough to cut down on locally spread malware.

Telstra, which implements the code despite withdrawing its membership and financial support from the IIA last year, criticised the body’s continuing reliance on a voluntary mechanism, which it said provided “no incentive for smaller ISPs to comply as compared to registered codes”.

The code’s ability to reach beyond the 90 percent of Australian subscribers it currently claims has also been hampered by a notable lack of participation from Australia’s fourth largest ISP, TPG.

Observers in the US, where a similar code has been registered with the federal communications body, have pointed to the lack of metrics involved in the Australian code.

Internode carrier relations manager and IIA director John Lindsay told iTnews the review would provide the opportunity to “learn as much as we can from the service providers using it, about how they’ve implemented it and how we can make it better”.

“There’s always a possibility of parts we got wrong or things we can do better,” he said.

The review would seek to establish any “current Internet safety challenges” the icode should meet in its second revision, while potentially feeding into cybersecurity work currently being undertaken by the Federal Government.

But Lindsay ruled out the possibility of registering the code with the Australian Communications and Media Authority, which would make the code compulsory for internet service providers in future.

“[The IIA] is keen to keep the icode voluntary since it's in the best interests of service providers to comply with the icode,” he said.

Focus on the “walled garden” approach to quarantining affected users also appears to have tapered off, with the IIA now suggesting ISPs promote use of online tools and potential home visits to walk users through removal of viruses and potential issues.

Internode, which has spent more than $1 million on email anti-spam and anti-virus firewalls as part of its participation with the code, escalates an average of 800 threats among its user base per month.

Those Internode customers deemed to be a source of potential botnet attacks or posing a threat are contacted by support staff to walk them through any steps necessary to remove offending viruses or removing necessary threats.

Corporate networks had also been involved in escalations, with Internode developing the subtlety required not to offend those IT managers who believed their security was impenetrable.

Lindsay said he was not aware of Internode or other ISPs blocking access as the current version of the code suggests.

“In general the approach that Internode has taken is one of harm minimisation and making contact with customers,” he said.

“We haven’t, that I’m aware of, blocked anyone’s internet access as it were.”

Former Internet Association chief executive Peter Coroneos reported some ISPs escalating up to 18,000 threats per month as part of the framework but said lack of reporting on the matter had not helped the code’s case.

Though the code review could introduce key performance indicators for its future success, Lindsay said the body had already succeeded in “ensuring the executives in service providers have a real appreciation that this is actually a problem that we need to address”.

He maintained that ISPs that did not implement the code and its forthcoming revision voluntarily were “reckless” and urged the industry to “address it now and save money later”.

Coroneos, the code’s key promoter during 2010 while CEO, left the organisation last year to promote similar versions of the framework to other countries.

One version of the framework was adopted last week by service providers in the US but it, too, had focused on educating users rather than disconnecting them.

The IIA has since ditched efforts to finding a replacement for Coroneos.