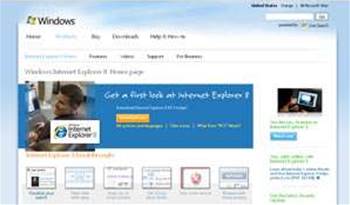 Microsoft will begin to push out the latest version of its flagship Internet Explorer browser to users with older editions from next week.

Although the firm has already delivered IE 8 via Auto Update to customers who had previously downloaded the beta version, the firm will now be looking to establish the new browser among the wider customer community.

“Starting on or about the third week of April, users still running IE6 or IE7 on Windows XP, Windows Vista, Windows Server 2003, or Windows Server 2008 will get will get a notification through Automatic Update about IE8,” said a posting on the IE8 blog.

“This rollout will start with a narrow audience and expand over time to the entire user base. On Windows XP and Server 2003, the update will be High-Priority. On Windows Vista and Server 2008 it will be Important.”

However, users will have to opt-in to install the software, on being presented with a welcome screen which will give them the choices “ask later”, “install now”, or “don’t install”, the blog advised.

Users who decline the automatic update can still download it here or from Windows Update as an optional update, said Microsoft.

The firm is hoping the new version of the browser will help it fend of the increasingly potent challenge of Mozilla’s Firefox.

At the time of writing, Internet Explorer had a market share of 66.82 per cent, with Firefox on 22.05 per cent.

Got a news tip for our journalists? Share it with us anonymously here.
Copyright ©v3.co.uk
Tags:
automaticbrowserexplorerfirmsoftwareupdatewindows