ICT industry all nostalgic for NetAlert 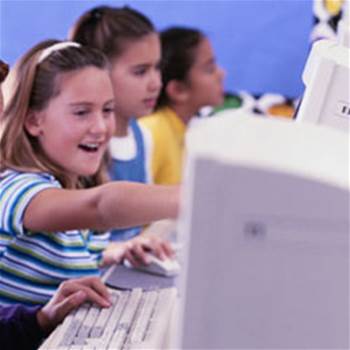 Launched in August 2007 as part of the National Filter Scheme, the NetAlert program provided 15 free software products for parents to block content from being displayed on their home computers.

In the face of an ISP-level filter, internet and IT security industry representatives speaking at today's Joint Select Committee on Cyber-safety meeting revised their stance on the Howard-era NetAlert program.

Committee chair Dana Wortley explained that NetAlert was adopted by only 12 percent of the target market.

Despite a $15 million advertising campaign, all but one percent of Australian parents had ceased using the software by the time the scheme was axed, said Wortley, a South Australian Labor Senator.

But Internode carrier relations manager John Lindsay argued that since funds had already been spent on advertising and software licenses, the cost to maintain NetAlert would have been "trivial, if done right".

"NetAlert was a really great resource ... one of the rare gems that solves the problem for everybody," he said.

"We were very disappointed to see NetAlert go. We'd like to see it come back."

NetAlert may have been improved by educating parents and the general public on filtering software and the risks associated with internet use, Lindsay suggested.

"We remain of the view that the provision and benefits of PC-based filters will improve cyber-safety, but that alone will not constitute the solution," said Information Industry Association chief Peter Coroneos, who had helped steer the NetAlert program.

Yahoo!7 legal director Samantha Yorke suggested that the Government and industry speak with children to research their online behaviour and address any risks.

While parents commonly supported filtering initiatives for other children, many failed to monitor the online behaviour of their own, she said.

"There's got to be some lessons we can learn from the NetAlert program," she said.

"It's not just about allowing or denying access to specific content," Pitcher said. "We need to understand what kids are doing on these websites. We need to know what they are saying to each other."

"The problem, if you provide a filter, is that people will latch onto that and say: 'Yup, that's the problem solved' - which it isn't," he said.

Scroggie suggested that "consistent, relevant and memorable" information was needed to protect children - and not just their devices.

"Many IT-savvy teenagers can bypass a filter," he said. "Content filtering is a very small part of a very big risk."

"While we do support that Government's noble intent, we believe there are other risks in addition to those addressed by the content filter.

"The same education about 'Stranger Danger' needs to take place about the internet. It's not just about the [cyber-safety] product; it's a combination of the product and Parenting 101."