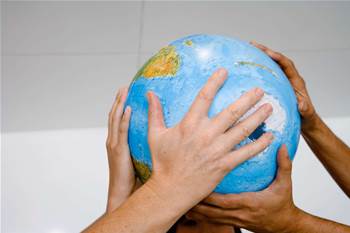 The Internet Corporation for Assigned Names and Numbers (ICANN) has applied in a United States federal court to set aside civil judgments that direct it to seize the top-level domains of Iran, Syria and North Korea, on behalf of terrorism victims.

ICANN is the US-based organisation in charge of running the domain name system (DNS) that translates internet protocol (IP) addresses into human-readable names.

It is being pursued by US and Israeli lawyers acting on behalf of victims of alleged state-sponsored terrorism, as part of a campaign to obtain compensation for the latter after American courts awarded them judgements in the hundreds of millions of dollars.

Domains targetted include Iran and Syria's .ir and .sy, as well as their Arabic script variants, and North Korea's .kp suffix.

The Israeli lawyer for the terrorist victims, Nitsana Darshan-Leitner, insisted that country top-level domains belong to someone, can be seized or have liens put on them. Darshan-Leitner did not respond to an emailed enquiry from iTnews on the matter.

Darshan-Leitner and US lawyer Robert Tolchin's claims were refuted by ICANN, which has released a statement that insists top-level domains exist for the benefit of the people in the countries they're assigned to, but technically not owned by them, their governments or anyone else.

"... country code Top-Level Domains (ccTLDs) are part of a single, global interoperable Internet which ICANN serves to help maintain.  ccTLDs are not property, and are not ‘owned’ or ‘possessed’ by anyone including ICANN, and therefore cannot be seized in a lawsuit.” - John Jeffrey, ICANN legal officer.

ICANN also said that it does not collect any revenue for assigning national domain suffixes, and that possible value they might have would vanish if they were assigned to creditors, as such an action would break the global DNS.

A spokesperson for ICANN would not comment on the specifics of the court orders or the possibility of the plaintiffs succeeding with their claims, and merely restated that the organisation is seeking to to have the writs thrown out.