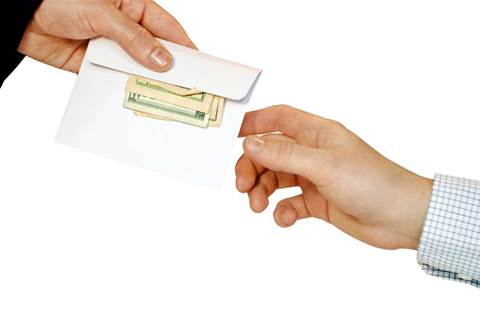 NSW Government corruption under the spotlight.

The NSW Independent Commission Against Corruption (ICAC) has sent out a survey to a wide range of suppliers to the NSW Government, seeking input on the magnitude of corrupt behaviour exhibited by procurement officers at NSW Government agencies.

The ICAC said that the survey would assist it in making recommendations to NSW Government agencies on how to prevent further corruption.

Recent investigations into the NSW Fire Brigades, Housing NSW, the RTA (Roads and Traffic Authority), RailCorp, and TransGrid "exposed the costs of procurement-related corruption to these agencies," the commission said.

According to a consultation paper [PDF] released by the commission, one in three investigations undertaken by ICAC had resulted in a finding of corrupt conduct by procurement officials.

ICAC's definition of corruption included "theft of public resources, misuse of confidential information, favouring someone when filling a position or allocating a contract, bribery, or fraud (such as deliberately submitting an invoice with an inflated amount)."

Among some of the questions asked (see a comprehensive list below), suppliers were queried as to how typical it was for procurement officers to seek gifts and how often tender details were leaked to specific suppliers.

A spokesman for the ICAC told iTnews that supplier attitudes were the next step in the procurement puzzle after surveying the agencies themselves.

"We wanted to know more about suppliers' experiences and opinions," the spokesman said.

"The information will help the ICAC to develop recommended strategies and advice to public sector agencies on better managing corruption risks in procurement."

The spokesman said the findings from the survey weren't likely to be released as a stand-alone document, but rather incorporated into a final position paper in which it would make recommendations to agencies.

This report was likely to "refer to some of the results and use them as evidence in support of our recommendations," the spokesman said.