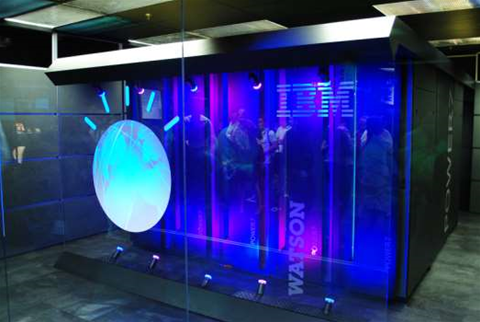 Testing out Watson on x-rays and CT scans.

IBM says it plans to buy medical imaging company Merge Healthcare in a US$1 billion (A$1.4 billion) deal, and combine it with its newly formed health analytics unit powered the Watson cognitive computing system.

The company plans to use the acquisition as an opportunity to showcase Watson's machine learning capabilities in the area of radiological diagnostics.

It claims the deal will help physicians and researchers collate and analyse data such as patient's medical and family history, with data on others with similar symptoms and clinical research, trials and outcomes.

"Imaging is central to effective diagnosis and treatment ... but it is increasingly important to share these images between providers to deliver high quality, cost-effective care," Dougherty and Co analyst Brooks O'Neil wrote in a note.

IBM has been expanding aggressively into the healthcare IT sector. The Merge deal is the company's third major health-related acquisition since launching the Watson Health unit in April.

"Organically, we will continue to build and invest from a research perspective in core technologies," said Stephen Gold, vice president, IBM Watson.

"We will compliment and supplement that with acquisitions," Gold told Reuters.

With this acquisition IBM will get access 7500 US healthcare sites.

Merge shares were trading at US$7.08 by afternoon. IBM shares were little changed at US$156.33.

The equity portion of the offer is valued at US$713.1 million, according to Reuters calculations based on 100 million Merge Healthcare shares outstanding as of June 30.