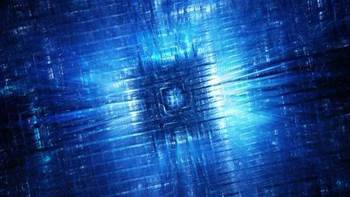 Use case builds on intent to find new ways to crunch big data.

IBM Australia’s research arm is set to venture into “quantum IoT”, a field that appears aimed at finding value in big data that would be either too cost prohibitive or intensive for classical computers to handle.

The vendor revealed the project - and the need for a research scientist, based out of IBM Research’s operations in Melbourne to take it on - earlier this month.

It said the project fell “into [the] exciting area of making sense out of large amounts of data stemming from IoT devices and other data sources by using advanced analytics, including quantum computing.”

IBM suggested it wanted to find a scientist that could “map classical algorithms” - used to understand and analyse structured and unstructured datasets - “to quantum computers”.

The research posting provides an indication of the type of use cases that IBM is hoping to explore for quantum computing.

At the recent Consumer Electronics Show, IBM suggested that practical commercal and busness applications for quantum computing could materialise in as little as two years.

The idea of putting quantum compute capacity to work on IoT problems appears to have not previously discussed before in an IBM context; elsewhere, Japan's Denso and Toyota have previously flagged work in the space.

However, IBM Research Australia did flag the attractiveness of quantum for big data problems generally at the financial event SIBOS in Sydney last October.

Dr Anna Phan, a research scientist at IBM Research Australia, told the event that “quantum machine learning” was thought to be promising, though it was too early to tell.

While looking for patterns in past data using machine learning techniques was already being done in commercial organisations, Phan noted that “sometimes the computational costs of such techniques can be prohibitive.”

“Quantum ML is a very early and new area of research,” she said.

“It’s early days yet, but we hope that one day it may provide the tools to satisfy our growing data volume, variety and complexity.”

The disclosure of efforts around quantum IoT is somewhat unusual for IBM, which has so far not revealed a great deal of use cases for quantum that it is actually pursuing internally.

There are only a handful of other positions currently open at IBM to work on the company’s quantum efforts, and all are based in New York.

One of the open positions in New York is for a quantum applications researcher, but most appear aimed at improving the underlying technology itself.

“Candidates will focus on improving quantum gates in multi-qubit systems and are expected to work closely with theorists to model device physics and develop novel gate implementations in superconducting qubits,” one advertisement reads.