IBM rings in the second phase of SOA 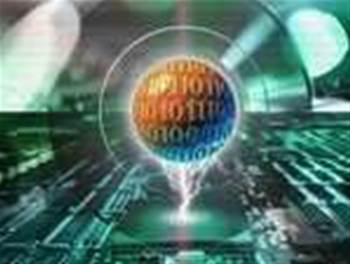 IBM has launched a new series of service oriented architecture (SOA) services that aim to increase the software's appeal for end users rather than IT staff.

The vendor released a set of new dashboards that allow firms to pull data out of their SOA systems and assess the state of their business.

One dashboard allows managers to track workloads, pinpoint bottlenecks in the workflow and reroute tasks to different departments if needed. Such changes currently rely on manual processes.

IBM will also offer assessment tools that chart the flexibility of current IT systems and their impact on business agility.

As SOAs allow for faster software development, they will let a business adapt to new developments and trends at a faster rate.

Finally, IBM has created industry-specific content packs which ensure that processes are described in the language common to that industry. The packs aim to lower the threshold for adopting SOAs.

The assessments and dashboards target SOA end-users and specifically managers. The increased focus on those groups marks a new level of maturity for SOAs, which only started evolving about three years ago.

"Early on we were very much focused on service reuse, on cutting costs. Now we are seeing the impact on the business.

"[SOA] projects are looked at more from the business side. The IT guys are now coming to us asking how they can communicate the value that SOA can bring."

SOAs are traditionally marketed as a way to reduce development costs for internal applications.

An application is chopped up into several services or functionalities such as a log-on or currency conversion feature. These services can then be used by any application that requires such functionality.

In a traditional application development model, developers would build their tools from the ground up.

But decreasing development costs is just one aspect of an SOA. The technology will ultimately allow end users or business analysts to piece together their own applications from the ready-made services.

SOAs therefore enable the development of applications that are used by only a few employees, which has not been feasible because of the cost involved.

The development model also ensures that an application meets a user's needs and expectations and can be pieced together much faster.

Other players include BEA, Tibco, Microsoft and SeeBeyond, a division of Sun Microsystems.

Carter claimed that IBM has been involved in about 5,700 customer engagements, up from 4,500 last May.

Big Blue has built a native SOA engine into its WebSphere line of middleware products, which makes it easy for customers to deploy such an architecture.

BEA, by comparison, has launched a series of new products that have to be purchased separately.

IBM has also been aggressively assisting customers in using their SOAs. In addition to pre-built portals, the vendor has created a marketplace with free and paid services that customers can use in their SOAs.
Got a news tip for our journalists? Share it with us anonymously here.
Copyright ©v3.co.uk
Tags:
ibminofphaseringssecondsoasoftwarethe