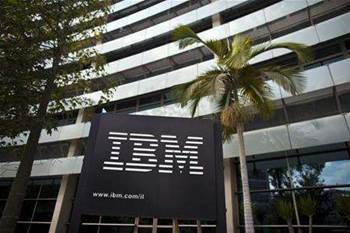 The IBM logo is seen outside the company's offices in Petah Tikva, near Tel Aviv October 24, 2011. Credit: Reuters/Nir Elias/Files

IBM is aiming to take on competitors such as Oracle and HP by offering a more affordable Power Systems server and storage product range later this month.

"Big data and cloud technologies that were once only affordable to large enterprises are now available to the masses," said Rod Adkins, a Senior Vice President in IBM's Systems & Technology Group.

The company said it was rolling out new servers based on its Power architecture with the Power Express 710 starting at US$5947 ($5282).

"The 710 is competitively priced to commodity hardware from Oracle and HP," IBM said, referring to Oracle's Sparc servers and HP's Itanium integrity servers.

"With these new systems, IBM is forging an aggressive expansion of its Power and Storage Systems business into SMB (small- and medium-sized businesses) and growth markets," Adkins added.

Forrester Research analyst Rich Fichera said that while the product range would not "make or break IBM," it was a signal to competitors and customers alike.

"They are serving notice to competitors saying we are not giving up and by continuing to offer ever-improving performance to customers, they are making sure there's no temptation to switch," he said.

The product launches on Tuesday. IBM said it will start delivering by February 20.