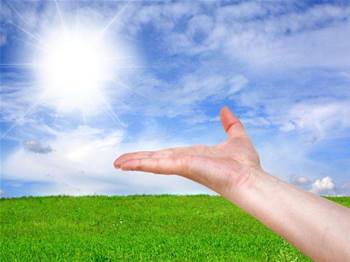 IBM has revamped its cloud strategy with the launch of its US government-only Federal Community Cloud and a companion pilot cloud for US state and local governments.

Big Blue has promised secure infrastructure-as-a-service at lower cost delivered through its datacentres. Cloud services would be sold by IBM's massive services division, according to a Financial Times report.

Whether IBM's new platform stems the tide of organisations that have replaced Lotus Notes with Google Apps remains to be seen. Google accelerated its feast on IBM's Lotus fruit in 2009, creating a tool that made the transition from Lotus to Apps simpler.

Google also still has a compliance edge over IBM, having secured Federal Information Security Management Act (FISMA) accreditation in July, while both IBM and Microsoft have yet to achieve accreditation for their cloud platforms.

IBM noted that it was still awaiting certification for Federal Community Cloud under the government's new "FedRamp" process.

"IBM's Federal Community Cloud is in the process of obtaining Fed Ramp certification to meet FISMA," it stated.

IBM said 15 agencies, including Defense and the Department of Health and Human Services now had access to its Federal Community cloud.