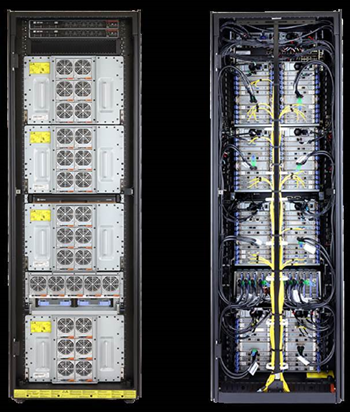 Z gets a little bit cloudier.

IBM has made its Z mainframes just a little more cloud-like by introducing a new elastic licence.

Big Blue’s mainframe licensing has for years revolved around “million service units” (MSUs). Customers license a number of MSUs, with usage calculated on a four-hour rolling average. If their usage goes beyond the agreed MSUs their bill increases, but as mainframes tend to have reasonably locked-down workloads, bill shock isn’t prevalent.

To encourage Z owners to use their boxes for more workloads, IBM last year added a new licence called the “New Application Solution” (NAS). It allowed users to run pre-defined applications on a mainframe without them affecting MSU calculations, but NAS deals still had fixed charges.

“In the world of cloud, everything is instant, so workloads are getting much more unpredictable,” said Roger Braem, IBM's Z software business unit executive for Australia and New Zealand. “When we talk to our customers now and they want a new workload on the platform, they ask what will that cost.”

SCLC is IBM’s answer to that question. Buyers negotiate a cost per MSU, but are only charged for what they use. IBM will offer discounts for those who make minimum usage commitments.

Braem said he thinks SCLC will prove attractive to users contemplating new mainframe applications but uncertain about the cost of running them.

“These commercial models combined with the innovation show [mainframe] is a viable platform for customers,” he said. “It is less about the hardware platform and more about application and technology.” And with Z machines capable of supporting Java and DB2, development environments familiar to many organisations, he thinks mainframes can match or better rival platforms - even the cloud, now that elastic licensing is an option.