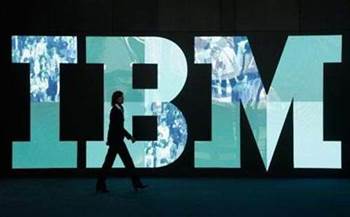 Global tech giant IBM has back-paid 1647 Australian workers a total of $12.3 million for underpayments occurring between 2012 and 2020.

IBM Australia and IBM Global Financing Australia self-reported to the Fair Work Ombudsman (FWO) last year after an internal review indicated they had underpaid staff from all states and territories after failing to apply the relevant awards.

The company has entered an Enforceable Undertaking [pdf] with the FWO to repay the employees variously covered by Business Equipment Award 2010, the Professional Employees Award 2010, the Banking, Finance and Insurance Industry Award 2010 and the Nurses Award 2010.

The FWO singled out IBM’s contact centre in Ballarat, where “a significant” number of casual staff were paid the National Minimum Wage instead of the higher rates and entitlements under the applicable Award.

Repayments, which included interest, ranged from under $1 to over $145,000 and were made by 1 February this year.

The company said in a statement that “many payments were less than $1000 and related mainly to motor vehicle usage”.

Further underpayments, “expected to be significant in size”, are yet to be quantified and the Enforceable Undertaking (EU) requires IBM to calculate and pay outstanding amounts to every affected employee by 16 Octobe this year.

Fair Work Ombudsman Sandra Parker said the EU is appropriate as the company had cooperated with the investigation and shown its commitment to rectifying all underpayments.

“Under the Enforceable Undertaking, IBM has committed to stringent measures to comply with the law and protect its workforce,” Parker said in a statement.

“This includes engaging, at its own cost, an expert auditing firm to conduct an independent assessment of the outcomes of its rectification program and to audit its compliance with workplace laws over the next two to three years.

“This matter serves as a warning to all employers that if you don’t prioritise workplace compliance, you risk underpaying staff on a large scale.”

IBM also has to pay for an independent organisation to operate a hotline to assist its employees for the next 12 months.

IBM said the underpayments were “a genuine error and we sincerely apologise to all current and former employees who have been affected”.

“We are fully committed to all compliance measures and corrective actions agreed with the Fair Work Ombudsman to ensure this does not happen again."