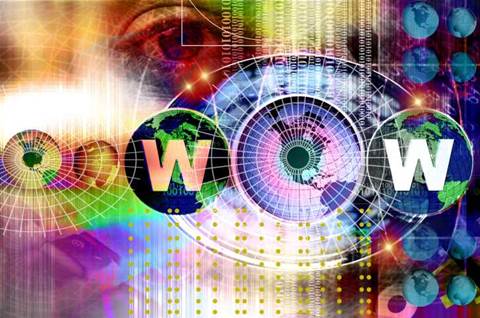 Vendors burn the one petaflop barrier.

IBM and Sun Microsystems are using the International Supercomputing Conference in Dresden this week to show off their new petascale servers.

IBM's new Blue Gene/P offers three times the performance of the BlueGene/L, which currently ranks as the world's fastest supercomputer.

It will be capable of processing up to three petaflops, a measure used to indicate three thousand trillion floating point operations per second (flops). IBM claimed that this performance offers the equivalent of 100,000 desktop computers.

The system is likely to top this year's supercomputer rankings to be released later this week at the Dresden tradeshow.

The supercomputer is shipping today. The three-petaflops configuration features a 216-rack cluster, each containing 4,096 processors to make a total of 884,736 CPUs. The processors are grouped in fours into a special Gene/P chip.

The upgrade featured an expansion of the number of processors from two to four, and an upgrade from 700MHz to 850MHz processors.

Sun Microsystems has also claimed that it is able to surpass the one petaflops mark with its new Constellation System.

The server vendor did not release any specifics, but touted the system's open design as way to make simpler and less expensive systems.

But as prices for these supercomputers continue to fall, IBM claimed that it is also starting to see interest from companies in finance and energy.

Firms in these segments commonly use computer clusters to predict stock market fluctuations and to run simulations for oil and gas exploration.
Got a news tip for our journalists? Share it with us anonymously here.
Copyright ©v3.co.uk
Tags:
and hardware highperformance ibm iron off show sun