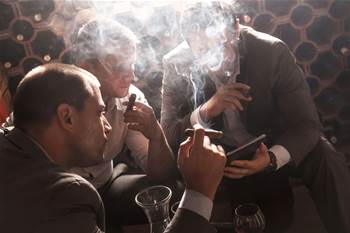 Victoria's corruption watchdog has published its first report into "serious and systemic corruption" at the top of the state’s Department of Education, implicating many of the central players who stand accused of manipulating the $180 million Ultranet project.

IBAC's official report of its first investigation into the Department of Education details an audacious web of favours and indifference that allowed top-ranking officials to channel millions of dollars through so-called 'banker schools'.

The funds were then spent at the officials' own discretion, and at times to their own benefit.

The investigation - known as Operation Ord - was the precursor to a subsequent probe into the Department’s Ultranet IT scandal, which is still being finalised.

Many of the same officials named in the Ultranet inquiry feature in Operation Ord, and are described by IBAC as being members of a "boys club" partial to "drinking, lunching and endowing preferential treatment when it suited their purposes".

John Allman, who was appointed by the department to oversee the south eastern schools district, was found by IBAC to have used the Silverton primary school as his own personal cash backchannel.

He pushed more than $500,000 through its bank accounts to be spent outside of the checks and controls of the department.

Some of the invoices paid out of the Silverton account, IBAC found, were spent on items like the bulk purchase of chocolate Easter bunnies for members of his office and another bulk purchase of Christmas puddings.

Allman, who has since been sacked by the department, was previously accused by IBAC of buying shares in Ultranet contractor CSG based on his insider knowledge of the company’s contract win.

Allman has denied gaining personally from the misappropriation of funds, unlike his co-accused Nino Napoli, who IBAC said obtained a minimum of $1.9 million for himself, his friends and his family by abusing the banker schools scheme.

Napoli has not been named in association with the Ultranet inquiry.

Other members of the so-called boys club include chief of the Ultranet project Darrell Fraser - who allegedly enjoyed a cosy relationship with prospective Ultranet suppliers - and his then-boss Jeffrey Rosewarne.

Rosewarne has been named an "active participant" in the abuse of the banker schools system, using funds to pay numerous invoices for everything from parties and alcohol to coffee machines.

Fraser has also been accused in Operation Ord of using the Silverton primary school to keep funds off the official department books.

System architecture at the heart of the problem

IBAC labelled the structure of finance systems across the education system up until 2011 "probably the single most significant structural factor that enabled the abuse of the banker school system".

At the time the alleged corruption was taking place, school transactions were recorded in a statewide CASES21 finance system, while the department used an entirely separate Oracle accounting product to keep track of its spending.

Information could only be shared between the two systems manually, and once an allocation to schools was signed off by the department it essentially became invisible to head office, which could not access the CASES21 database.

The IBAC report said "infrequent" audits of the transactions failed to pick up on the Napoli invoices, and could not identify dubious invoices that had been badged with legitimate-sounding purposes by officials.

The divide wasn’t repaired until 2011, when the Department of Education built a mirror of CASES21 that could be accessed by head office to monitor and reconcile school spending on a daily basis.

IBAC said the department "acknowledged that it failed to adequately oversight school financial transactions" and "intends to implement additional measures including a data analytics program and a new school audit program" in response to the IBAC revelations.