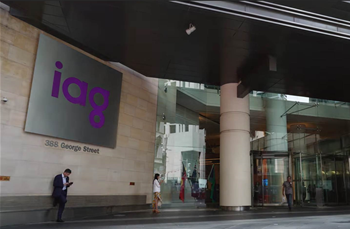 Insurer IAG brought data from up to 200 core systems into a single platform under a project it codenamed ‘Serenity’.

Mergers and acquisitions over the years had meant the insurance grroup's data was “siloed and fragmented in different brands and different products”.

“When I first started a couple of years back, we had something like 23 separate individual data warehouses that were all interconnected and dependent on each other,” Abrahams said.

“They had copies of each other in each other. It was a little bit of a mess.

“The first challenge was to rationalise and clean up a lot of that.”

Under Serenity, the company stood up new data infrastructure that includes PosgreSQL and Apache’s Kafka and Airflow, all of which runs on top of a Red Hat Openstack infrastructure-as-a-service.

“We reacquired the organisation’s data from a massive amount of core source systems,” Abrahams said.

“I think we take data from roughly 150 to 200 core systems [such as policy and claims systems].

“We want to take that data in essentially as close to real-time as we possibly can and pump that into a new, clean, unified data lake.”

Abrahams said that basing the data infrastructure on an open source stack was a relatively new thing for IAG; the company was used to running on proprietary vendor technology.

“We’ve been driven predominantly by the big tech vendors that have come in and helped us build big solutions and platforms,” Abrahams said.

“They were great in that they lasted 10 years-plus, but now because things are changing so fast we need to be more adaptable and unfortunately those platforms become so entrenched into the organisation and lock you in that if you need to adjust or be adaptable, you can’t take [them] out very easily.”

Abrahams noted that some technologies became so embedded that the only feasible business case was to “dig deeper and spend more”, despite a desire to remove them.

“We’re trying to reverse some of that,” he said.

“Our focus has been on using more commoditised open source technologies built by communities to give us that adaptability and remove the lock-in and entrenchment of technology.”

Still, IAG said it needed some form of vendor support available to assure regulators that running almost entirely in open source was not unduly risky - hence its use of Red Hat.

Bringing all its data sources together meant IAG was now able to see in one place everything it knew about a single customer.

“That’s helped us understand what our customers are doing, what’s important to them and how we can better support them and offer better services,” Abrahams said.

“Now that we’ve got that single view of customers, we’re able to put that data into the hands of people who can really add value such as our analytics teams to look for optimisations in price, service and claims processing.

“We can also use the data to enrich our digital channels - make them more convenient for customers.”

“Data is creating a much more significant connection between organisations and their customers,” he said.

“We collect data about people and what’s important to them - what they value and the environment in which they live so we can understand that risk and better manage and protect those people.”

Bringing that data together and making it more accessible internally would have flow-on effects for customer service, including in the event of a natural disaster.

“If a cyclone strikes Queensland, we can very quickly use our data assets to identify our customers in those areas who will be affected rather than waiting for them to ring us up to file a claim we can get on the front foot and go out to those communities and engage them more quickly,” IAG’s data engineering director Kieran Clulow said.