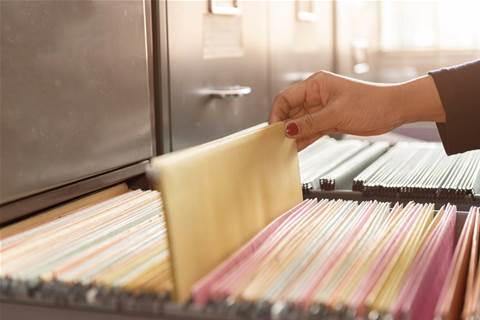 Despite only being halfway through the rollout of an automated digital records management system, the Australian Human Rights Commission’s RADICAL solution is gaining momentum as it's showed off to other federal agencies.

Part of a larger overhaul included in a shift to Microsoft Azure, the Record And Document Innovation and Capture – Artificial Learning (RADICAL) project has been in development for just over a year.

Moving the vast bulk of AHRC’s IT operations from a single room in a Canberra office with 60 on-premises servers into the cloud has allowed the commission to improve the architecture of, and access to, its materials.

AHRC chief information officer Ron McLay told iTnews the automated tagging process is correct around 80 percent of the time, which is actually an improvement over what was achieved manually.

He and AHRC information manager Ryan McConville said the comparison of method accuracy is a bit of an apples and oranges situation, the quality is markedly higher and “80 percent would be a dream target for any agency to hit”.

McLay said that it often came down to human nature to tick the same boxes over and over when saving files, or not fully understanding some of the options and thus miss-applying some fields or ignoring other that would have been applicable.

The platform also applies the tags faster than humans are able to, allowing staff to get through higher value work than ticking boxes.

As RADICAL involves machine learning, McLay expects to see the accuracy increase to around 95 percent as the platform continues to be exposed to more records.

The platform was first rolled out to AHRC’s legal department, which has the highest throughput of the commission and is always on the lookout for tools to help ease its workload, McLay said.

Version-control has also received a boost through the RADICAL program, prompted by the shift to Azure.

“As we're moving everything into RADICAL, it's much better organised, McLay said.

“We're eliminating all the duplicates. We've introduced versioning to our staff now, so staff are spending a lot less time looking for documents or wondering about where they should save them.”

Not needing to store physical duplicates of documents is set to save the agency $17,000 a year, McLay added.

The process has also been streamlined by keeping the platform as simple as possible.

“We've avoided any third-party add-ons. We've avoided any customisations, and we've been very disciplined. We've kept it as simple as possible so that the user experience is crisp and clean and easy.”

The ease of the solution has caught the attention of other federal agencies and kept the AHRC out of the National Archives’ bad books, he added, as before the RADICAL implementation the commission had been struggling to meet its commitments as part of the Commonwealth Digital 2020 policy.

It’s since earned praise from the archives as leaders in the electronic document and records management system space, and been asked to demo the platform to some over a dozen agencies, McLay said.

He expects the rollout across the whole commission to be complete early in the new year.