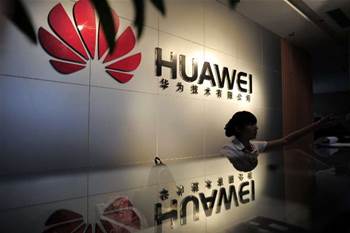 The two have set plans in motion to run a joint research and development hub in west London. Not for the first time, this raises questions about the security of British firms and institutions doing business with a company that is thought to be closely tied to the Chinese government.

The agreement, signed in London and witnessed by Cabinet Office minister Oliver Letwin, saw the partners agreeing to collaborate on using big data to develop new technologies. The work will span energy, healthcare, urban innovation and the life sciences and will take place on a new campus being developed by Imperial in White City.

Superficially, any partnership between a leading global university and the world’s largest manufacturer of telecommunications equipment seems unproblematic and precisely the sort of alliance that fits with the government’s goal of encouraging links between industry and academia. This, policymakers believe, is how the UK can turn the high-quality research that takes place at universities like Imperial into real-world products.

Unfortunately for both parties, and for the British government, it is anything but unproblematic. There have, for some time, been concerns that Huawei is too close to the Chinese government to be a reliable business partner.

These worries are set against the backdrop of persistent, if unproven, allegations that China oversees cyber espionage. The country, if not the state explicitly, has also been named as the largest source of intellectual property theft in the world.

This could be seen as part of what the head of the US National Security Agency called “the greatest transfer of wealth in history”. We cannot verify these claims but firms like Huawei and ZTE stand accused of being at the vanguard of such activities.

Companies like Cisco have alleged patent infringement and copyright theft at the hands of Huawei in the past. What’s more, in 2009, the UK Joint Intelligence Committee reportedly suggested that Huawei hardware could provide China with a back door to shut down UK critical infrastructure like power, water, finance and transport. In 2012, a US House Intelligence Committee branded Huawei a national security threat and advised US companies against doing business with it.

Huawei’s problem is its status as a successful product of Chinese state capitalism. It is the Chinese “national champion” for telecommunications, one of seven “strategic sectors” attracting government subsidies, loans, tax breaks and diplomatic support to maintain its market dominance. It is inevitably tied to the government in myriad ways, such as in its role as a major supplier of equipment and services to the People’s Liberation Army, a position that would be unsustainable were the company not a trusted government partner. This might look normal to the Chinese but not to western governments, who require rather more visibility about corporate relations with a government they distrust.

Huawei, for its part, had been reluctant until 2011 even to name its board of directors. Add founder Ren Zhengfei’s spell in the PLA and reports in the Chinese media that chairwoman Sun Yafang worked for the Ministry of State Security before joining the company and one can understand the raised eyebrows.

A recent investigation by the UK parliamentary Intelligence and Security Committee into Huawei’s hardware contracts with BT, Britain’s largest telecoms operator, concluded BT’s security protocols were robust but it could not discount that Huawei’s access to UK infrastructure constituted a potential national security threat. Huawei rejected this implication robustly and has consistently denied all other charges against it. In Huawei’s defence, no court has found against it in any substantive case. However, this has not alleviated concerns over Huawei’s activities or that it is well-positioned to facilitate Chinese strategic intentions if required.

The challenge for the UK government is to convince the UK public that Huawei can be trusted as a business partner. The ISC correctly identified the “difficulty of balancing economic competitiveness and national security”, a calculation hardly unique to Huawei and one that characterises many aspects of the ‘global race’ so prominent in coalition statements about national economic competitiveness.

Those who doubt Huawei’s commercial integrity may however raise questions over whether its pledge to invest £1.3 billion into the UK economy, made last autumn at Downing Street, could simply be interpreted as a means to enable it to continue operating relatively unhindered at the heart of the British economy.

The UK government says Britain is “open for business” but this assertion can only trump worries about Huawei for so long. The Imperial-Huawei plan will renew concerns about the likely future destination of British intellectual property and Chinese influence over critical national infrastructure. Both Huawei and the government need to demonstrate these concerns are unfounded.