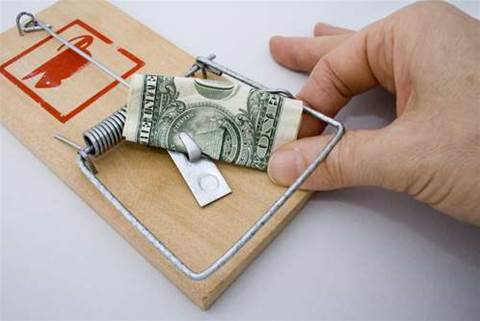 Chinese networking vendors Huawei and ZTE have been banned from tendering for public telco contracts for two years in the North African country of Algeria, after a bribery scandal involving executives from both companies erupted this week.

An Algerian court this week found two ZTE employees and a Huawei staffer guilty of delivering $US10 million in bribes to a former executive of state-owned Algeria Telecom, Mohamed Bukhari, between 2003 and 2006.

International arrest warrants have been issued for the vendors' employees, which each receiving ten-year prison sentences under Algerian law. However, it remains uncertain whether China will extradite them to Algeria.

The prosecutor had asked for a higher, five million dinar or $65,000 fines against Huawei and ZTE, and also the seizure of the two companies’ property.

Instead, the companies will be banned from participating in any public tender opportunities for telecommunications equipment in Algeria for two years.

According to Algerian reports, this is the first time the country has ever banned companies from public tenders.

Huawei has similarly been banned from participating in government telco tenders in Australia under advice from ASIO.

The companies denied participation in the bribery scandal, pleading they were victims of the fraud perpetrated by the executives now on the run.

Bukhari claimed the bribes, which also included an offer to study economics, came as part of his job as a communications adviser to the telco, with decision-making power for the company's chief executive.

"I only wanted a bit of extra money,” he said, according to a report in Le Soir d’Algerie.

Bukhari and Luxembourg-based businessman Chami Medjdoub each received 18 years in prison and fines of five million dinars ($65,000). Medjdoub’s assets and bank accounts were also seized by the court.

The two Chinese companies have continued to face scrutiny over their business practices elsewhere.

In May this year, European Union officials informed its member states at a private meeting in Brussels of evidence Huawei and ZTE had enjoyed government subsidies. Both companies have denied the claim.

The EU could impose tariffs against Huawei and ZTE for dumping wireless network components in Europe below cost, something Swedish trade minister Ewa Björling said could lead to retaliation from China.

Rather than sanctions and tariffs, Björling said the European Union should start talks with China and the United States to come up with guidelines for state-supported export credits and financing.