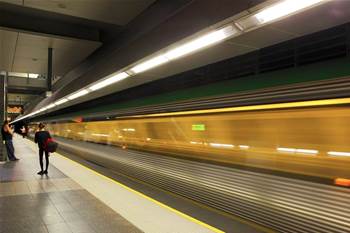 The Chinese telecoms giant revealed that it had scored the $136 million deal for the new system as part of a joint venture with UGL.

The single "end-to-end digital radio solution" will provide both voice and data services, whereas the existing analogue system only allows for voice transmission.

The system will be built over the next four years and be operational "across the PTA’s 180km electrified rail network and the new Forrestfield Airport Link twin tunnels" by early 2021.

It will "operate over a 3GPP Long Term Evolution (LTE) network using the PTA’s existing 1800MHz spectrum", the company said.

Huawei and UGL are expected to maintain the system for up to 10 years.

“Huawei is extending its trusted portfolio of solutions towards industry and strengthening its customer base in mission critical market segments,” Lord said.

“We are modernising the Australian transportation sector through digital technologies developed for the global market.

“We have been providing similar communications technology services to Sydney Trains and Ambulance NSW safely and securely for nearly a decade."

Both vendors had been competing for the work against a backdrop of increasing mistrust around allowing Chinese equipment makers to build telecommunications networks in Australia.

That mistrust saw the federal government recently intervene to prevent Huawei from building a subsea cable, and is likely to see Huawei blocked from future 5G work.