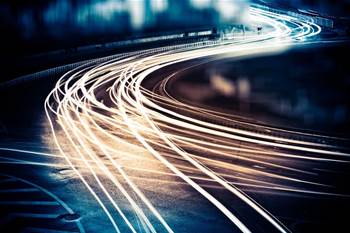 Fibre to the door, coax and copper in premises.

Chinese telco vendor giant Huawei says it has developed a one gigabit per second G.Fast over coax prototype, which it claims is the world's first such broadband delivery mechanism.

According to Huawei, the G.Fast over over Coax technology uses up to one giga Hertz of bandwidth that is flexibly allocated from unused frequency bands. It can provide up to one gigabit per second of downstream speed, to be shared by up to 32 users.

The company did not state the upstream speed of the G.Fast over Coax prototype. Existing cable TV signals over coaxial networks will continue to work with G.Fast enabled, Huawei said.

Huawei developed the G.Fast over Coax prototype to be part of its fibre to the door suite of products, with the idea being that deployments use existing coaxial cables - and copper wires - inside premises for broadband access.

G.Fast is the follow-on proposed ITU.G standard for copper access technologies such as VDSL2. By combining several techniques such as pair-bonding, vectoring and phantom mode, it can reach very high speeds over short distances.

The new standard is expected to be ratified by the International Telecommunications Union (ITU) next year.

In June this year, Alcatel-Lucent said it had achieved one gigabit per second speeds on phone network copper wires in a trial in Austria, using 70 to 100 metre line lengths.