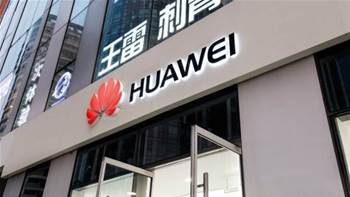 Huawei Australia says it could be forced to shed “over 400” of its 700 employees in the next “two to five years” in a sign its ongoing exclusion from domestic 5G networks is having a material impact.

Director of corporate and public affairs Jeremy Mitchell said that the vendor had already laid off 100 people and warned that more would likely follow.

“The 5G ban is already impacting our business with 100 job losses and if the 5G ban continues on all Chinese companies, we expect that number to grow to over 400 in the next two to five years,” Mitchell said.

“These jobs are highly skilled, technology based jobs that unfortunately don’t seem to be being picked up by our competitors, again another major impact to the whole industry.”

iTnews clarified that Mitchell’s comment on up to 400 job losses were a direct reference only to Huawei and did not count losses that could be experienced by other Chinese vendors impacted by the government’s ban.

Mitchell made the comments in a letter Thursday night that was sent to the Australian Mobile Telecommunications Association (AMTA) that was cc’ed to Communications Minister Paul Fletcher and other parties.

The substance of the letter was ostensibly to resign Huawei from AMTA because the association had “stayed silent” on the issue of 5G ban.

“It was disappointing that AMTA stayed silent when people were attacking our staff and company by saying we were a risk to Australia,” Mitchell said.

Huawei has been hoping in recent times that governments will allow it to supply edge equipment for 5G networks, even if it is barred from being part of the core.

Huawei and ZTE were barred from participating in Australian 5G networks in August last year.