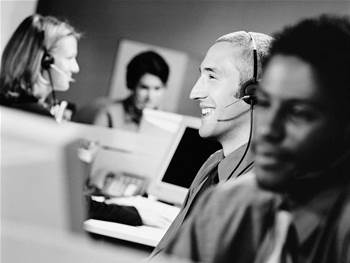 Job seekers advised to manage 'online footprints' or lose out.

A quarter of employers have rejected job applicants after discovering 'dodgy' personal information about them on the web, new research has claimed.

According to a poll of more than 2,000 consumers and 600 employers, UK bosses are increasingly checking the "internet reputations" of job applicants based on their postings across blogs, forums and other Web 2.0 sites.

The report, released by business social network firm Viadeo, found that one in five employers have found personal information about candidates on the web, and 59 percent said that it had influenced their recruitment decision.

Employers gave a variety of reasons for discarding candidates, including 'His MySpace website showed a negative side to him including excessive alcohol abuse and disrespect for his job' and 'We found that the candidate was on the local police wanted list.'

The report noted that people are leaving "significant footprints of personal information" across the internet as they use sites and services, such as free blogging tools, wikis and social networks.

Even when all age groups were questioned, including older people less likely to be regular internet users, 31 per cent had posted information online.

The largest group of respondents placing information online are 18-24 year olds, just under half of which have posted personal information on social websites such as MySpace or Facebook, and 17 percent on YouTube.

More worryingly 54 percent of people between 18 and 24 claimed that someone else had posted pictures of them online with or without their permission.

"These results should act as a wake-up call to anyone who has ever posted personal information online," said Peter Cunningham, UK country manager at Viadeo.

"Millions of people are inadvertently contributing to their [internet reputation] everyday by leaving personal information online much of which is cached and available via search engines even after the author has removed the web page.

"When people who are not the original intended audience, such as potential employers, find this information it can have a major impact on their decisions.

"The rise of search engines such as Google means that potential employers are never more than a few clicks away from information about you."

Got a news tip for our journalists? Share it with us anonymously here.
Copyright ©v3.co.uk
Tags:
departmentsdiggingdirthronlinethetraining & development