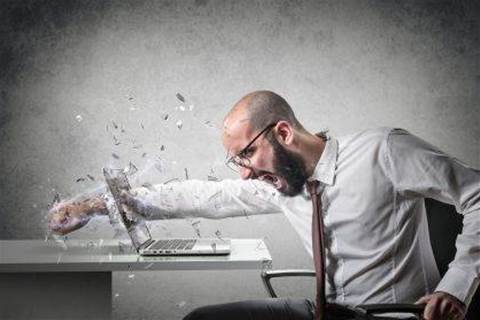 After Nutanix makes its cloud software available for ProLiant servers.

HPE has made clear to its customers that it is not partners with Nutanix, after the latter opened up its Enterprise Cloud Platform software to be installed on HPE ProLiant and Cisco UCS B-series servers.

Nutanix made the announcement late last week, signalling a move away from its traditional all-in-one approach.

However, it appears HPE didn't get the memo: the tech giant fired off a retaliatory blog post on Friday arguing against using Nutanix software in favour of a purpose-built HPE platform.

In the post, titled "Don't be misled... HPE and Nutanix are not partners", the clearly irritated company told customers "considering running hyperconverged infrastructure (HCI) on an HPE server, you should consider the HPE HCI offerings".

"Landing Nutanix software on HPE hardware without any type of OEM or support agreement is going to cause real issues in the real world - in the absence of a real support agreement," HPE's VP of marketing Paul Miller argued.

Nutanix has previously only made its software available as part of a hardware all-in-one package. The company said it will make it compatible with rivals' servers so customers can choose its own offering over those from competitors like HPE and Cisco.

However, HPE's Miller argued that in the case of an outage, HPE can provide immediate assistance so long as you're running its own software, but for those customers taking on third-party offerings, it is unable to provide the same levels of service.

Although HPE has said it is not entirely surprised by the idea that a company would want to run its software on HPE ProLiant, it appears Nutanix has jumped the gun a little by forgetting to inform the hardware provider of its intentions.

Given HPE's recent acquisition of hyperconvergence specialist SimpliVity for US$650 million, a direct competitor to Nutanix, it makes sense that HPE would want to stop customers from turning to a competitor.

Nutanix did not respond to request for comment by time of publication.

It has said its Enterprise Cloud Platform software will be available for HPE's portfolio by the end of the year.

Got a news tip for our journalists? Share it with us anonymously here.
Copyright © ITPro, Dennis Publishing
Tags:
finance hpe nutanix proliant