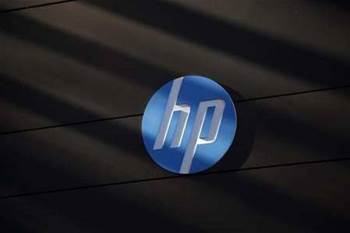 Whitman, who took the helm over a year ago after a failed bid to become governor of California, has launched a years-long turnaround to recapture some of the Silicon Valley icon's former growth trajectory.

She said on Thursday the company's efforts were gaining traction but "there's still a lot of work to do to generate the kind of growth we want to see."

"The turnaround is on track, and we did better than we expected that we would," she told analysts on a conference call after HP reported its quarterly results.

"The patient showed some signs of improvement, and I think we should be encouraged."

Whitman also said reiterated that HP has no plans for a break-up of the company and the PC business is one that the company needs to be in, but it needs to "reallocate resources from the core PC business to mobile" and other services.

HP's fiscal first-quarter revenue shrank 6 percent to US$28.4 billion in a flat to shrinking personal computing market, but it beat the US$27.8 billion Wall Street analysts had expected on average.

HP is struggling to shore up its credibility on Wall Street while battling shrinking margins in an increasingly cut-throat PC market and cautious corporate IT spending. Like Dell, HP is also struggling to sustain sales growth as smartphones and tablets surge in popularity.

Forrester analyst Frank Gillett said despite signs of progress, the business atmosphere — with PCs in decline — is challenging for HP.

"For HP, it's a multi-year journey and this is just one step," Gillett said. "They have a long road ahead."

Underscoring the severity of the industry's woes, Dell on Tuesday reported a 31 percent drop in profit as sales fell in virtually every major business division.

CEO Whitman in October had warned of a tough 2013, with earnings set to decline steeply.

Revenue declined across all of HP's main business divisions. Networking was the sole bright spot, with sales rising 4 percent during the quarter.

Sales in the personal systems division, which includes PCs, slid 8 percent to US$8.2 billion, while printing revenue fell 5 percent to US$5.92 billion.

HP estimated fiscal second quarter earnings per share of 80 to 82 cents, higher than the average Wall Street forecast of 77 cents.

HP has suffered years of turbulence. Whitman became HP's third CEO in as many years after Leo Apotheker's abrupt dismissal. She is trying to revitalise the former industry icon via layoffs, cost cutting, and expansion into areas with longer-term potential such as enterprise computing services.

HP is laying off 29,000 employees over the next two years and has written off US$10.8 billion mostly related to the writedown of its EDS services business.

About 15,300 employees have left HP so far and the company is on track with its job cuts plan, HP Chief Financial Officer Cathie Lesjak said in an interview.

HP has lost more than two-thirds of its market value since 2010, when its capitalisation topped out at about US$104.5 billion. The company is now valued at about US$32 billion.