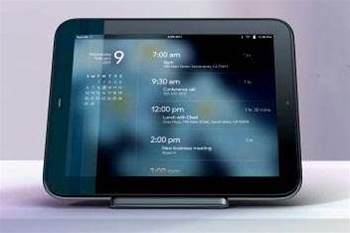 HP is preparing compensate for European TouchPad buyers who activated their webOS accounts before August 23.

The offer was made to end-user and business customers in Germany, France, Ireland and Britain.

“The HP refund program is our way saying thank you for choosing HP webOS,” the company said.

HP's European customers will be offered the difference between the price they paid and a base price HP has set for each grade of the device.

HP was also offering a refund for its Pre3 and Veer smartphones in some of the countries.

Apple had offered a similar refund in March for customers that bought an iPad 1 within a fortnight of the tablet's successor being announced.

HP's refund could be significant for early buyers, with the recommended retail price for the 16GB TouchPad in the UK initially at £399 ($AU612), according to The Telegraph.

HP’s offer came just weeks after it reportedly raised a false security alarm during the rollout of its refund program in Germany.

According to blog PreCentral, HP believed that a fraudulent refund website had been set up to lure TouchPad buyers that were seeking a refund. However, it later discovered the website was set up by a third party company it had hired to coordinate the German refunds.

HP staff were not eligible to claim the compensation but those at its British offices would offered offered the chance to bid for a special run of 6000 TouchPad tablets reserved solely for them, according to The Register.