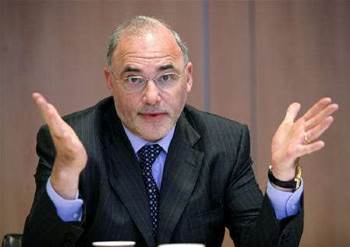 Apotheker succeeds Mark Hurd, who was ousted from HP on August 6 for filing inaccurate expense reports related to a female marketing contractor. Hurd has since joined SAP rival Oracle as co-President.