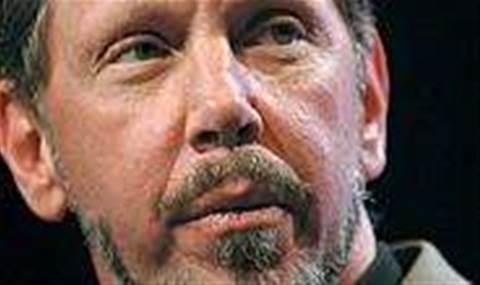 Hewlett-Packard has hit back at Oracle’s suggestion that it too may ditch Intel’s Itanium processor.

In line with a statement by Intel CEO Paul Otellini’s, HP on Wednesday confirmed it will continue developing Itanium servers with its HP-UX operating system “using a roadmap that extends more than 10 years.”

HP lobbed back an insult to Larry Ellison’s company, labelling it “anti-customer”.

“Oracle continues to show a pattern of anti-customer behavior as they move to shore up their failing Sun server business,” said Dave Donatelli, HP's executive vice president and general manager of enterprise hardware.

But it was two additional comments by Oracle that prompted Intel’s CEO Paul Otellini to issue a clarification, reaffirming its roadmap for Itanium.

Oracle had claimed Intel’s management viewed Itanium as near its end-of-life, and also suggested that HP -- the last major server operating system maker to use the chip -- had no long-term plans for it either.

HP put Oracle’s antics down to its “plummeting SPARC server market share” -- the server and operating system it inherited from Sun Microsystems.

“We are shocked that Oracle would put enterprises and governments at risk while costing them hundreds of millions of dollars in lost productivity in a shameless gambit to limit fair competition,” said HP’s Donatelli.

The once mutually beneficial relationship between Oracle and HP has in recent times turned into a fierce rivalry, the most recent of which centred on the ousting of former HP CEO Mark Hurd and his subsequent appointment at Oracle.