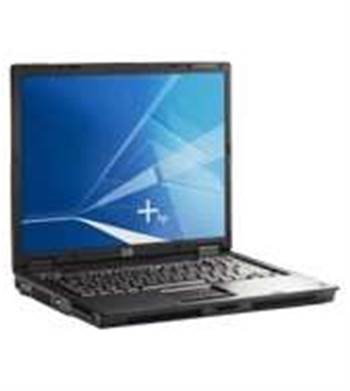 HP has taken Dell's crown for the most global PC shipments in the third quarter of 2006, Gartner has reported.

According to preliminary results from the analyst firm, HP took the lead for the first time since the fourth quarter of 2003, shipping 110,000 more units than its rival.

Dell experienced the lowest year-over-year growth in its history. The company's worldwide PC shipments increased 3.6 percent in the third quarter, but its worldwide PC market share slipped to 16.1 percent.

Dell's shipment growth rates were below the industry average in the US and EMEA regions.

HP performed well across all regions, increasing worldwide PC shipments in the third quarter of 2006 by 15.4 percent year-over-year, and upping its market share to 16.3 percent.

"The company's share trajectory reflects its improvements in operational execution and changes in marketing. Dell felt the effects of the weak sales in the US market, and gave up some ground."

Ranjit Atwal, principal analyst for Gartner's computing platform group in EMEA, added: "Overall, Dell has under-performed the market for the first time since 2000.

"Dell saw a decline in desk-based PC shipments as purchases in large businesses slowed down, and was impacted by a very strong performance by HP this quarter, which has achieved growth across the consumer and business segments."

The news was not all bad for Dell, however. The vendor managed to hold onto the number one position in the US PC market in the third quarter of 2006 despite a 7.1 percent decline in shipments year-over-year.

HP capitalised on strong demand in the US. Offerings of AMD-based systems aimed at consumers helped HP's performance in the home market.

Overall worldwide PC shipments totalled 59.1 million units in the third quarter of 2006, according to Gartner, representing a 6.7 percent increase from the same period last year.

The US PC market experienced a year-over-year shipment decline of two per cent. The last time the US PC market suffered a decline in PC shipments was the second quarter of 2002.

"Two factors that contributed to the poor performance in the US market were continued weakness in the professional desk-based market, and the carry-over effect from strong sales in the second quarter," said Kitagawa.

"Strong sales to the home market, fuelled by solid back-to-school sales and mobile PCs, could not offset the decline in other areas."

The EMEA PC market has also shifted from an over supply of mobile PCs to a potential under supply as the market grew faster than expected.

With a predicted strong consumer demand in the lead up to Christmas this could cause PC vendors supply issues.

Acer was very active in this market with entry-level deals especially in the UK which helped the firm to exhibit the second highest year-on-year growth this quarter.

Gartner estimates that the PC market in EMEA will see double digit growth in the fourth of quarter of 2006, but that 2006 will still be a weaker year than 2005.

Got a news tip for our journalists? Share it with us anonymously here.
Copyright ©v3.co.uk
Tags:
beatsdellglobalhardwarehponpcshipments