HP and EDS: A Happy Marriage? 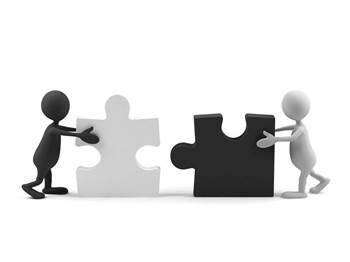 Integration should be done and dusted by November.

Ask any newly-married couple and they'll tell you a lot can happen in nine months.

HP and EDS, suitors in one of the biggest mergers in IT history, claim to be two thirds of the way through their US$13.9 billion marriage.

According to David Gee, vice president of global marketing at EDS, the integration process is due to be complete in around four months.

Gee took time out to discuss the merger this week with iTnews editor, Brett Winterford - discussing everything from the working culture of the two companies, headcount reductions, to planned divestiture of services assets and that "800 pound gorilla" called IBM.

iTnews: How far into the integration effort is HP?

Gee: The definitive agreement to acquire EDS was just over a year ago, but the acquisition closed at the end of August 2008. So we're nine or ten months into the integration process.

We are two-thirds of the way through the transformation plan we built against - including the headcount reductions, the reporting structures, and the introduction to EDS of the consistent set of operational principles HP insists on.

So we're a fair way through it. We're now at that inflection point between looking inwards and focusing on the marketplace.

iTnews: Why do you think HP needed the EDS business?

Gee: Overall [HP's] intent was to have a certain size, scale and reach in multiple lines of business. We wanted to build out and become number one or two in each area of our business.

HP had leadership positions in Imaging and Printing, in PCs, in enterprise computing, and to some degree in software.

There was a requirement for deeper service offerings - that was the impetus for the transaction. EDS had a reputation for service quality and a great services footprint in terms of size and scale in the US, UK, Australia, other Western countries and Asia - that was very attractive.

iTnews: What were the reporting lines at the time of the acquisition, and what are they now?

Gee: The former CEO of EDS, Ronald Rittenmeyer, came across to HP as part of the transaction and reported to HP Chief Executive Mark Hurd.

At the end of 2008, HP decided to take the EDS business and have it instead report into Ann Livermore, who runs our Technology Solutions Group - which is basically our enterprise computing business (servers, storage, networks). TSG is a big group - as a standalone business it would be among the 30 or 40 largest companies in the world.

As you know, Ronald Rittenmeyer retired, so [as an EDS employee] I now report to [current EDS SVP] Joe Eazor, who in turn reports to Ann Livermore.

iTnews: And here in Australia?

Gee: The leader of the EDS business in Australia and New Zealand is David Caspari, who reports to an APAC leader of EDS in Singapore, Kevin Jones, who in turn reports to Joe Eazor.

iTnews: What parts of HP's services business were rolled into EDS?

Gee: There were some elements of the HP Services business that were rolled into EDS.

Then we brought across about one-third of HP's consulting and integration business - another third of that business was rolled into HP Software and another third into the Technology Services business - which is HP's support business for the support of HP infrastructure customers acquire.

iTnews: So which parts does HP report as its 'services' business?

Gee: When we report to the street, the services number is the EDS business and HP Technology Services combined. In the second quarter, which finished April 31, that business reported US$8.5 billion of revenues.

From a revenue standpoint, that is the largest revenue segment HP reports - more than PCs, printers, enterprise computing, software and financial services.

That's a marked contrast to one year ago.

iTnews: Is it the only profitable division of HP at the moment?

Gee: No, every division of HP reports a profit. The headwind of the current economy meant that there were revenue declines in servers, storage, PC and printing - but I think you'll find that across all vendors, be it Dell, IBM, HP - they have all shaved 20 per cent off revenues year on year.

iTnews: There were some 24,600 staff affected by the integration effort - how far through this process is HP?

Gee: At the time of the acquisition there was 24,600 - we're two-thirds of the way through that reduction.  And we have hired a lot of people too. As you know, we also announced a two per cent staff reduction during the latest earnings call - but that is mostly from other parts of HP.

iTnews: How many staff does HP employ now?

As opposed to a hardware business, where you might have third parties build your servers and storage, EDS is a very people-intensive business. More than half of HP's staff is EDS staff.

If HP still employees 321,000 today, either you are doing a lot of hiring or there are many employees still on board that are waiting to be let go...

Gee: We haven't hired as many as we've let go, but we've certainly hired in some areas.

Remember that anytime the EDS business takes on a new contract, we tend to inherit the people footprint.  And if we don't take on a deal with skills associated, we tend to hire against the opportunity.

In the past 60 days we have also gone to a concerted effort to make sure we give those we are letting go the first right of refusal to apply for work when we do win new business without skills associated.

We are looking inside EDS' talent pool, at those in the process of being displaced, to see if there are any skills and geography matches, before we go to the outside.