How WA govt plans to get to zero data centres 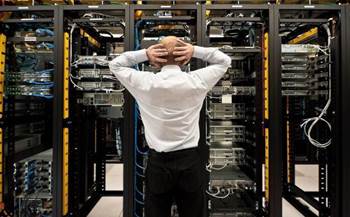 The Western Australian government has set itself an ambitious goal of achieving as close to zero data centres as possible through its massive GovNext infrastructure overhaul.

The deals create a central scheme through which all of the WA government’s IT infrastructure needs will eventually be funnelled.

GovNext is the brainchild of WA’s first-ever chief information officer Giles Nunis. The goal is to unshackle the state from owned and operated infrastructure, cutting costs while simultaneously allowing for digital transformation at the front end.

The state wants to avoid another public lashing like it received for the $44 million budget blowout from the Department of Health’s data centre deal with Fujitsu.

Now, all compute, storage, and unified communications needs will be procured through the three suppliers on an as-a-service basis.

At the moment, the WA government supports around 60 data centres and 200 server rooms.

It reached this point because of a tendency to over-buy and under-utilise, government CTO Andrew Cann told iTnews on the sidelines of the CeBIT conference in Sydney.

Many of the facilities host virtualised services, but there’s also a significant amount of what Cann calls “zombie” applications - old software still hanging around despite not being used.

Having three separate private clouds for agencies to choose from will cut down on the significant costs the state government forks out to operate this infrastructure; it has said continuing on the same path would cost it $3 billion over the next ten years.

Moving to the private cloud model, conversely, is expected to save as much as $65 million annually.

Atos' private cloud is already operational, while Datacom and NEC are currently in the process of building their environments. All three are located within existing NextDC, Pier DC, and Metronode facilities in WA.

The scheme will be mandatory for all agencies. The GCIO office is working on getting a mandate from the new WA government to bind agencies to GovNext.

Agencies are being told to “get rid of your garbage” first before they migrate: to review their IT landscape and work out what they need and what they don’t.

The GCIO office wants no zombie apps in the new private clouds.

For those older applications that have proven historically difficult to virtualise, the government is relying on its three infrastructure partners to pressure vendors into helping ‘cloudify’ the software.

This consolidation drive is being helped along by a service delivery review currently underway across the whole public service as a result of the recent change in state government.

The government has said the number of departments in WA will be slashed from 41 to 25. IT consolidation will follow naturally from these machinery-of-government changes, Cann said.

However, rather than consolidate systems involved in agency mergers before tackling a cloud migration, the GCIO is telling agencies to pick the best of any duplicate systems and migrate it, as well as data from the ditched option, into the private cloud.