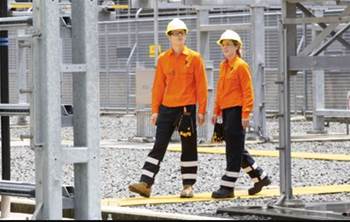 Two major predicaments nearly derailed Ausgrid’s overhaul of its procurement processes, but the energy giant managed to get the project back on track to meet its go-live deadline, if not its budget.

Until last year, Ausgrid was running much of its procurement activities through largely manual processes and “poor systems”, according to its head of procurement Guy Ferrier.

In some cases it could take up to two or three weeks to get approvals for purchase orders. Finance staff were spending up to a third of their time journaling, rectifying errors and tracking down incorrect information, while as an ex-government organisation, its policies and procedures were lengthy.

Project managers also had no visibility of what was happening with work orders in their remit; this was a realisation Ausgrid came to very publicly in 2015 when the Independent Commission Against Corruption (ICAC) found an engineer had pocketed more than $300,000 from contractors bidding for work.

While the company - already an SAP shop - is now settling into its new SAP Ariba procurement platform, it was no means an easy journey to the June go-live.

“It was not plain sailing. There were two real crisis points in our project, and I can’t tell you how much pain just thinking about them now causes me,” Ferrier told an SAP Ariba conference in Sydney this week.

Problem one: the blueprint. It had been designed by Ausgrid's IT team with “the best will in the world”, Ferrier said, but it was made clear fairly quickly that it wasn’t the right fit.

“This was going to the heart [of the business]. Every single group [internally] seems to have its own way of doing things,” he said.

“Getting that all summarised in the IT team’s blueprint was a challenge and it was clear we had these warring parties.

“So we had to put in place an extremely strong project director and give them a whip and a chair. It cost us eight weeks initially, and we also had to rebudget. It was a very very significant increase.”

Problem two: the departure. The project director that Ausgrid had put so much reliance on walked into Ferrier’s office five months out from go-live and announced they were quitting because the project was going to fail.

“‘Blind Freddy can see you’re simply not going to make this work because you’re not bringing people along’ she said. And the point was, she was right,” Ferrier said.

“Because even though we’d recovered from the blueprint, we were spending too much time on the science of it, and not on the people.”

For a platform that would touch 4000 people - 600 of them heavy users - managing 22,000 purchase orders and 200,000 invoices per year across 19,000 suppliers and four spending divisions, Ausgrid couldn’t afford to not have its staff on board.

After “a lot of soul searching”, almost half of the project team was removed and a different tack taken to change management.

“A number of extremely strong change people working with our business process lead created a bit of a quirky, fun culture - I know it irritated a few engineers initially but once they got over it they realised this was a different culture, and there was less defensiveness.”

The new focus on change management identified 650 people within the organisation that were having trouble with the transition to a new approach to procurement, and used everything from workshops to one-on-one sessions to get them on board.

“This [crisis] cost us another five weeks and a project manager, but it was absolutely worth it,” Ferrier said.

Ausgrid went live with its new SAP Ariba platform on June 6 after a “false start in March” and more than little bit over budget.

“We actually closed the project on time once we had the second pass approval. With about 12 months to go we got the date right and held it,” Ferrier said.

“We didn’t have to go back to the board for another walk of shame, we managed to get the dollars right that second time, but it was a significant increase on what we were initially led to believe."

He declined to provide figures but attributed the budget rise partially to integration challenges - Ausgrid wound up with 19 more interfaces than it initially thought - but said it was mostly due to a lack of clarity from the start.

“It was everything. We were told a story that just wasn’t right in many aspects.”

Having come out the other side of its challenging procurement overhaul, Ausgrid is now benefiting from a significant reduction in requisitioning time, full visibility of project spending, an internal brand improvement for the procurement team, and better supplier relationships.

“Requisitioning used to take a week, sometimes two weeks - now we have a third of all requisitions done in a day, and 25 percent done in an hour. It’s an astonishing change,” Ferrier said.

“[There’s also been] a big enhancement in the supplier relationship space because they can see Ausgrid is making an effort to become a responsible accounts payable procurement function. And it is translating itself into dollars in negotiations.”

The biggest learning to come out of the experience was not to downplay the importance of staff being brought into any business process transformation, Ferrier said.

“Don’t overdo the science side of things, but do fully invest in the art of bringing people along on the journey. I can’t tell you how [important] the art side of this was.”

Ausgrid is using the SAP Ariba platform for sourcing contracts and purchase requisitions. Its invoice exchange and electronic invoicing functions stayed within its core SAP platform, but given the success of the Ariba implementation they are now earmarked to be moved to the cloud-based platform.