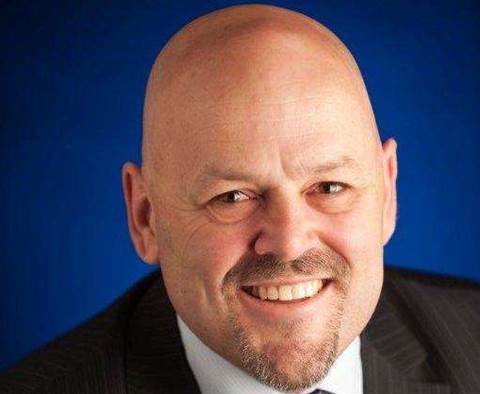 The South Australian government pledged not to start any more big ICT projects in the refreshed ICT strategy it launched late last year – a tempting proposal, but a tricky one to make a reality.

The man responsible for bridging the divide between rhetoric and day-to-day business is Bret Morris, a long-serving South Australian bureaucrat who took over the role of government CIO in December following the resignation of Andrew Mills.

He told iTnews he wants to see South Australia plan IT initiatives that start to deliver results almost straight away – not five or six years down the road.

This iterative model “isn’t merely about breaking down a big project but rather about reassessing the approach to ensure that value is delivered early and often throughout the life of a project.”

“In essence, it is about delivering value early in projects, while managing the risks," he said.

“This is a genuine break from past practices when value tended to be delivered in the later stages, sometimes years after the project began.”

The new ICT plan – SA Connected (pdf) – governs a number of new or ongoing initiatives that will form a critical test of this new approach, and the government’s commitment to holding agencies to account.

The new strategy follows the lead of a number of other state governments who have learned the hard way that IT projects must be closely monitored and cut early if the wheels start to fall off.

In SA, the health department continues to struggle with the replacement of its Oracle financial system, the cost of which it underestimated to the tune of $40 million.

“[Our] new approach will also allow the early identification of, and flexibility to terminate, projects that aren’t progressing the way they were intended,” Morris said.

“The focus here is ensuring all business change projects clearly define tolerances for quality, cost, time, tight scope management and that the governance structure reviews these on a regular basis.”

Morris' “passion for ICT” — honed through a series of executive tech roles since 1985 — attracted him to his new role, he said. The move is a sideways shift for the executive, who worked as a peer to Mills when he headed up corporate services for the Department of Premier and Cabinet.

Morris' experience will likely give him the ability to manage through a difficult next few years of budget tightening ahead. Budget figures leaked to the media last week revealed the state’s elusive budget surplus is further off than previously thought, alongside another contraction in the jobs market and a looming Holden closure.

Morris expects IT will not be immune from any cuts.

“The delivery of government services relies heavily on the efficiency of ICT systems and services. All state government agencies are responsible for achieving their share of savings and the ICT areas within all corporate areas are no exception,” he said.

However, he has planned a regime of “digital by default” to save on service delivery and a shift towards “buying services rather than investing in hardware and software” to build on what he says is “the already significant savings record” of South Australian government IT.

One of these efforts – a comprehensive re-negotiation of the state’s telecommunications contracts – is due to be mostly finalised this calendar year with a handful of contracts to carry over into 2015.