How RACV re-ordered its IT operations 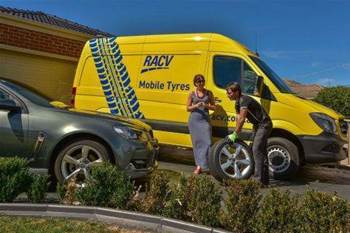 RACV has overhauled its IT function, transitioning its internal data centre into Equinix and shifting a number of enterprise systems over to hosted Microsoft services.

The Victoria-based organisation offers roadside assistance and insurance to around two million members. It also has interests in retail, clubs and resorts, such as Royal Pines on the Gold Coast.

“Up until about two years ago we were a very traditional IT organisation,” senior network and infrastructure architect Michael Gill told Adapt’s Cloud & DC Edge 2018, which was co-organised by iTnews.

“A lot of our services were managed by third-party providers and when we wanted to deploy new services and products we had to go at the speed of that provider.”

In March 2016 RACV hired CEO Neil Taylor, who at the time was singled out for his technology and digital focus from his prior role at Greyhound.

Gill said Taylor had “flipped the way [RACV] does business and provides IT services".

“We’re now much more agile, nimble and quick to deliver services,” he said.

The company has shifted offices - and its 600 staff - from Noble Park in Melbourne’s suburbs to the city.

That created an opportunity to uplift much of its IT and communications infrastructure, from desktop and PBX to WAN and data centre.

“We had very fixed deadlines around the office move, so from your final milestone [you] start working backwards [on when you need things done].

“We had a really good partner - Telstra - [who] did the design and implementation along with our network team. Having that third party do the design and take the load off our internal staff was a massive help for us.”

When Gill arrived at the company 16 months ago, RACV’s data centre had been “just another room in the office” in Noble Park, was “not fit for purpose” and had “multiple single points of failure”.

“The problem of data centre hosting was solved by taking up a new tenancy in Equinix’s ME1,” he said.

“We’ve taken up racks and installed our hardware there so we now have [a] Hyper-V cluster with shared storage, and we’re beginning to cut down on these single points of failure [that we’d identified].”

The office move also provided an opportunity to cost-effectively upgrade WAN and internet connectivity for users.

“Upgrading WAN and internet connectivity when you’re in the suburbs is not cheap or easy,” Gill said.

“Most service providers will come to you saying 'sure we can do that, what we’ll do is upgrade our exchanges for you, dig some pits, put fibre in and you’ll be good to go - and you can pay for it as well because no-one else wants this service'.”

Gill said the links into Noble Park were at capacity for much of the working day.

“Before we moved into Equinix, you could look at the PacketShaper [WAN optimisation] graph up on the wall and at 8.30 in the morning the graph would go up, hit 100 percent [of available capacity] and then about 5.30pm it would drop off,” he said.

“At one point one of our users got a new laptop and decided to sync their OneDrive for Business and that took down our internet connection.”

Gill said RACV had been able to take “advantage of … all of the different carriers in ME1” to substantially boost its connection to the public internet.

It has signed on to Equinix Internet Exchange, a peering exchange that - in RACV’s case - initially enables it to exchange network traffic directly with Microsoft and others, reducing the amount of traffic running across its public internet connection.

That has assisted RACV in its drive to adopt particularly Microsoft-based cloud services.

In the past year, it has switched staff over from an on-premises Lotus Notes/Domino environment into Office 365 and converted user home drives into OneDrive for Business.

“As well as OneDrive for Business and Exchange Online we’re also seeing uptake of Yammer, Teams, SharePoint, and other services,” Gill said.

“By moving to Equinix Internet Exchange, because we were able to take that traffic off the public internet we’ve been able to migrate around 2000 mailboxes and shared drives straight into Exchange Online and OneDrive for Business, and the users didn’t notice any downtime, issues or slowdown.

“That has been awesome for us.”

Similarly, RACV has adopted Equinix’s Cloud Exchange service, which provides an ExpressRoute into Azure (along with direct access to other cloud providers).

The company plans to take even greater advantage of the Internet Exchange service in future.

“We’re moving away from our current carrier who’s providing internet connectivity onto Internet Exchange, which is a multi carrier internet service,” Gill said.

“What that means is once we’ve got that up and running we’ll be able to withstand failure of any one or more carriers if they lose their internet connectivity, so should that happen we’ll still be able to deliver internet services to our members and staff.”

The company now has options for its internal users to host workloads either in the “on-premises” infrastructure in ME1, or in Azure.

“We now have a stable hosting platform to deliver IT services,” Gill said.

“So when people come along and ask us to deploy a new VM or they need this or that, it’s fine - ‘where do you want it, on-prem or in Azure? We can do it’.

“This isn’t something we could do this time last year.”

The company used Quest software to manage its migration from Lotus to O365.

“It means that when you’re on Outlook and you want to search for a user who’s in Notes and Domino you can do a free/busy search on them.

“You can also synchronise your groups between them so if you’ve got a distribution list in Domino it also appears on Office and Outlook.”

RACV is also increasing its use of Azure and other software-as-a-service products.

“We’re taking on board O365, consuming more services in Azure, and we’re moving our legacy applications from on-premises into SaaS providers - one of the key ones there is Salesforce,” he said.

While Microsoft has a cloud PBX product - understood to be in the process of being set up in Australia - RACV is running its own Skype for Business server hosted in its racks at ME1.

It has also kept its legacy PBX in place.

“What we’ve had to do is put an SBC [session border controller] effectively in front of Skype for Business and our legacy PBX,” Gill said.