How Origin Energy is using data to save corporate clients millions 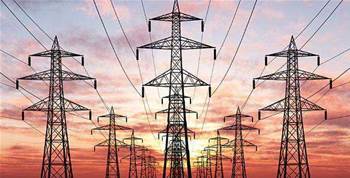 Origin Energy is using data analytics powered by Amazon Web Services to offer its corporate customers personalised advice on how they could reduce their electricity costs by millions.

Around 12 months ago, Origin's market risk team realised its existing infrastructure would not be sufficient to handle the "tidal wave" of data sweeping over the vertically integrated energy company as a result of the growth in smart meters.

"All of the basic meters that get read manually by a person walking down the street four times a year are progressively being replaced with smart meters that record consumption every 30 minutes," Origin group manager of market risk James Moor told the AWS Summit in Sydney.

"This means that Origin's consumption database jackpots from around 16 million data points per annum to over 70 billion."

To move away from its on premise infrastructure to something more flexible and scalable, Origin's market risk team undertook several proofs of concept using AWS database technologies - like S3, Redshift and EC2 - to prove to the business there was a different way of doing things, Moor said.

It was looking for an answer to a particular business problem: how does Origin ensure gas is available to satisfy demand from its one million natural gas customers 24/7, while avoiding over-procurement.

"This turns out to be a highly computationally-intensive problem. Demand is inherently uncertain," Moor said.

"The existing solution was more or less broken, with a full run on local servers taking more or less four days."

But Moor's team couldn't go through normal procurement processes to open an AWS account because the cloud company was not an approved Origin provider.

It meant Origin's first public cloud account - in a "minor infringement of policy" - was run off Moor's corporate credit card.

Similarly, the corporate firewall wouldn't allow connectivity to AWS, so the market risk team's solution - "now the stuff of legend internally" - was the free wi-fi from the hotel across the road.

"We did quickly graduate to something more sensible, a wireless dongle from Officeworks," Moor laughed.

"But the point is it's a black ops approach to getting things done, and in this way we were able to rapidly get projects up and use them to start forming a business case with the organisation."

A simulation that used to take four days on local servers now takes under ten minutes. And as a result of the shift to the public cloud, the cost of the market risk's team IT hardware fell from $250,000 per annum to $2000.

"This is a game changer in terms of business value. Not only is our analysis more timely and relevant, but the reduced run time means we are able to test far more scenarios, thereby providing a much greater range of insights than previously available," Moor said.

Once the market risk team proved the viability of their approach, they were given the go-ahead to invest in technologies like a data lake, suite of analytics tools and Direct Connect into AWS.

One of the first commercial products to come out of Origin's new analytics capability is an "energy consultant" plan for its enterprise customers that enables them to cut down their energy costs.

As of about a month ago, Origin can offer the likes of Woolworths and Bunnings "many millions" worth of savings simply by using data to work out both which plan is the most appropriate for the client, as well advising on consumption.

"The way industry is billed is very sophisticated. So [with the energy consultant plan] we can look at their profile and stick it through the billing simulator, and then make a recommendation of how they can change various aspects of their usage, equipment and configurations to save substantial amounts of money," Moor said.

While the service is predominantly targeted at steering customers towards the plan best suited to them, it does also involve elements of demand-side management.

"We can look at shifting load outside of peak periods, at shaving off price spikes where they get charged at a different rate," Moor said.

"We can advise them not to turn their conveyor belt and fridge and everything on at the same time to remove the spike and get savings there.

"[However] we've found it quite difficult to get into full demand reduction. We ring up a business and say 'we think you should use less electricity', that tends to be a tough conversation - electricity is not the largest cost for most businesses, and they don't like people telling them to stop using electricity."

The energy consultant offering is currently available to around 3000 of Origin's 80,000 corporate customers as the energy provider works to bring the product to its entire enterprise user base.

For Origin's home customers, its predictive analytics efforts mean users can now opt to lock in their total bill regardless of how much power they use.

Last month Origin debuted its "predictable plan" to offer a fixed amount for gas or electricity accounts, tailored to an individual customer based on data from their meter.

Moor's team is also using Origin's data to identify homes that should use solar panels. It has so far screened around 1000 customers for solar eligibility.

The energy provider is still at the start of its analytics journey, Moor says, with its scattered business data slowly being poured into the AWS data lake.

First to go in was spreadsheet data, with the large, core system database migrations currently in progress.

Origin is yet to operate a central data analytics function; each business unit retains responsibility for their own analytics capabilities. Moor expects as the data lake fills out, a centralised function will manage the platform, with the various areas of the business able to dip in and out as they need.

The energy provider will soon be in a position to start talking about the "end game", according to Moor.

"I'm deliberately vague here because I think that's exactly how our strategy works - you don't build a data and analytics capability cognisant of exactly what innovation someone will come up with, of what new product someone will take to market, or what new initiative someone will uncover to enhance the customer experience," he said.

"Rather, the destination we are targeting, and the point of this strategy, is about building a platform that will enable a capability and promote a culture of experimentation and innovation.

"And it's the capability and culture we are seeking that will ultimately deliver you your yet-unknowable commercial outcomes."

Origin Energy spoke at the 2016 AWS Summit, which runs from April 27-28 at the Horden Pavilion in Sydney. iTnews is an exclusive media partner of the event.