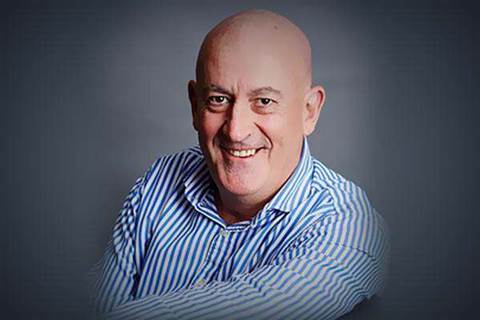 What to do when your team’s talents are no longer needed.

It’s no secret News Corp chief information officer Tom Quinn is working to shift his organisation to the cloud as quickly as possible.

His collection of cloud-based systems is growing fast, and he’s on track to reach 85 percent of News Corp systems hosted in the cloud by the end of the year.

But in this rapid rush to a new generation of technology, Quinn has, like so many others, faced challenges obtaining the skills needed to deliver his vision.

The majority of his 500-strong IT team had a traditional skill set that, like the IT environment, would either need to be reshaped or replaced.

At the start of his multi-year project, Quinn laid out all his applications into what he calls "Batman and Robin" apps - his 12 "hero" apps like CMS, HR, and CRM, and then the rest - and pulled together a list of his workforce based on the skills required for those areas.

Out of 500 staff, he landed on 150 with adequate skill levels, around 100 talented workers who had the potential to be re-skilled, and a further 250 bringing up the rear.

“At that point you talk to people about what you’re looking to do. Some will say they want to try, but then they don’t make it, and you’ve got to manage them out of the business. Others won’t want to try at all. But I give everybody the option of having a go,” he said.

“Half of [your workforce] won’t make it. When you get to the new world, you’ve almost got to burn the boats. Because if you get there and you’ve got the wrong people, you’re going to [stuff] it up.”

Quinn is by no means alone in this - according to the Department of Employment’s latest figures, IT outsourcing and cloud computing have resulted in a surplus of IT professionals on the market.

Employers are becoming more specific about the skills they are seeking, and like Quinn, those skills are in mobile applications, cloud technology and business intelligence, as well as in non-technical areas like project management, business acumen, communication and problem solving.

Bard Papegaaij is a research director for Gartner's office of the CIO group, specialising in cultural change, emotional intelligence, and the IT workforce of the digital age.

He agrees that pure, hardcore technical skills are moving out of the business, and attributes the shift to organisations no longer seeing ownership of IT as delivering a competitive edge.

"We’re starting to see IT as an ecosystem, and trying to find out how you can best benefit from IT and make use of everything out there," he said.

Papegaaij is similarly seeing growth in demand for integration skills, but he says integrators will only be successful if they have an understanding not only of the business, but also of people.

He lists three soft skills he says the IT worker of today must have - business acumen, understanding of the user experience, and an ability to cope with ambiguity.

"If they want to do the integration bits, there’s a lot of negotiations, a lot of communication, motivating people, inspiring people - basically 80 percent of their work will be people skills rather than technical skills," Papegaiij said.

"I also think IT people need to cope better with ambiguity. The world is not as structured as they’d like it to be - you can’t stick to that structured way of development anymore.

"You need a bit of messiness in your life, and IT people need to deal with that. There’s more agile, less waterfall, smaller teams - you won’t be able to stay stuck on a single skill for long."

This "messiness" means IT workers need to be the "master of their own career", Papegaaij says - don't expect your employer to lay out your career pathway for you.

"There will not be linear careers anymore," he said.

"You need to look for opportunities to learn new things, and proactively go out and get work in those areas. If you sit and wait for your organisation to develop you and create a career for you, you’ll lose out. You should be reskilling constantly."

Tom Quinn will speak on the topic of digital disruption at the IQPC Digital Disruption X Conference in March.