How NABERS will drive data centres out of office buildings 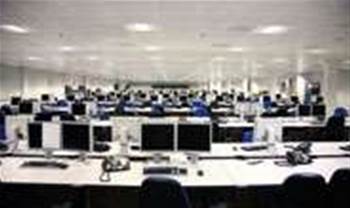 Is your data centre in your office building? It may not be for long.

Within months the NSW and Australian Governments are expected to launch a NABERS accreditation scheme for data centres, delivering a new mandate for energy efficiency in Australia’s IT sector.

The National Australian Built Environment Rating System, which has for several years applied to office buildings, hotels and shopping centres, has been adapted for data centres to allow facilities managers to rate their operations on a trusted scale and communicate their performance to stakeholders.

It is the first Government-recognised audit standard that measures the efficiency of IT workloads anywhere in the world.

Whilst the Commonwealth has introduced legislation to force building owners to disclose a NABERS rating when selling or leasing a property, the new NABERS for data centre scheme won’t be mandatory upon launch.

It would be tempting to bet on that basis that most Australian organisations will ignore it.

But today iTnews can reveal that discussions within the various stakeholders participating in the NABERS effort have discussed options that - by 2015 - will compel facilities owners to comply.

Sources close to these discussions have told iTnews that in 2013, the NABERS data centre rating will be treated in isolation to wider commercial NABERS ratings for office buildings. An inefficient server room within an office building won’t impact the energy rating of the rest of the company's operations.

But by 2015, sources suggest, that will no longer be the case. Whilst discussions are still at an early stage, Government stakeholders are reviewing the application of NABERS to multi-use buildings - such as those mixing office space with server rooms. One proposal on the table - which key stakeholders support  - is to combine and weight the office and data centre ratings in such a way that an inefficient data centre will drag down the rating for the whole building.

This, in effect, is where the NABERS data centre rating grows some teeth. Various Australian Governments have mandated that they will only tenant buildings with a minimum of 4.5 stars on the NABERS scale, and indeed that many corporations have insisted on the same as part of their corporate social responsibility programs. And - as previously mentioned - legislation requires these ratings to be published at the point of sale or lease.

“By 2015, it will be impossible to get a red hot NABERS rating for a building that has a data centre in it,” one source told me.

Whilst the Government stakeholders are agnostic as to where a data centre sits, invariably the combination of a low threshold for a NABERS rating and a combined metric for mixed-use buildings (as described above) will lead to a rush to secure space in purpose-built data centres and a further acceleration of cloud services.

invariably, many of the migrations will concentrate towards the purpose-built facilities of co-location providers. These larger providers, as a general rule, tend to have greater focus on energy efficiency and access to capital for more advanced plant. (A general rule has exceptions, however — NABERS might indeed expose some misleading energy efficiency claims made by some providers.)

In any case, organisations that are running server rooms within their office buildings need to watch NABERS developments with interest, because two years is not a long time in the scheme of data centre migrations.

Large migrations, for example, tend to take up to two years. It often takes one year to define requirements and gain approvals, to virtualise the remaining applications, and to design your systems for higher density hardware. It might then take a further six to ten months to install and cable the equipment, migrate the data, test the systems and start decommissioning kit at the old facility.

Do you expect NABERS to impact your operations? Find out more at the Data Centre Strategy Summit on February 11-13 at the Royal Pines on the Gold Coast.