Internal staff down, outsourcing up in federal govt IT 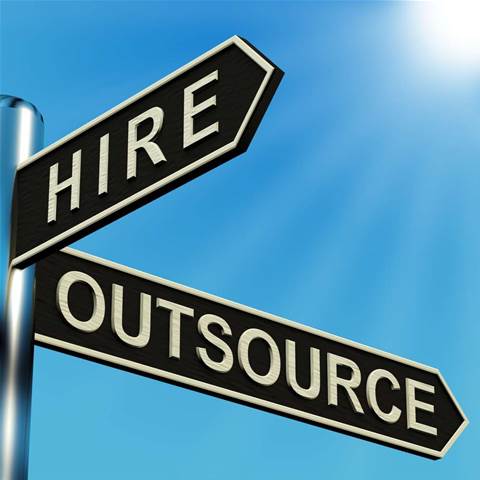 Federal agencies are spending less on internal IT staff and more with technology outsourcers, according to the latest round of ICT expenditure benchmarks to come out of the Department of Finance.

While overall technology spending peaked at $6.2 billion in 2015-16 - a record since Finance started running the spending analysis in 2011 - public servants are seeing their internal slice of the IT workforce narrow against the number of externally employed contractors.

Internal, full-time-equivalent workers have dropped as a percentage of total IT ranks from a high of 84 percent in 2012-13 to 70 percent in the last full financial year.

Finance figures show that an internal public service IT worker costs an average of $132,000 a year to employ full time, while an IT contractor averages at $214,000 a year.

Meanwhile, the whole-of-government tally of combined internal and external IT workers has still not bounced back to the heights seen when data started being collected in 2011-12, sitting consistently around 15,500 FTEs for the past four years, some 20,000 FTEs below the 2011 peak.

The amount paid in IT wages across the Commonwealth is dropping as well. The proportion of whole-of-government IT spend going towards personnel has headed down since 2012, dropping nine percent to 22 percent in 2015-16.

At the same time, however, public sector technology outsourcing is experiencing an uptick.

Outsourced services have reached 28 percent of all IT spending, having progressively crept up from 20 percent in 2011-12.

And the government’s legacy technology woes are showing no signs of abating.

Additionally, 53 percent of the government's desktops and laptops are past the end of their planned useful life.

As a proportion of all money spent on goods and services, IT has jumped from 9.3 percent to 10.4 percent in real terms across the federal government.