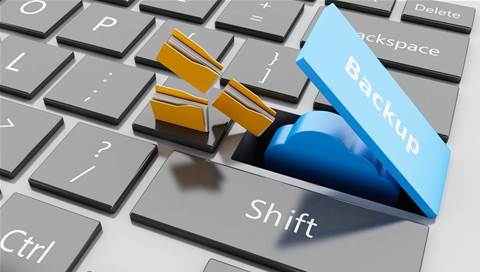 Northern Queensland’s James Cook University (JCU) has been battling a “data explosion” across its three main data centres and cloud environment, hosting 1200 virtual machines and over 129,000 hours (or 14.7 years) of recorded lectures and videos.

Located in Townsville, Cairns and Singapore, the university’s data centres contained 350 TBs of videos, documents and emails which needed to be available to its staff and 21,000 students at any time.

Head of ICT Infrastructure Services, Swain Kirk, said that part of the problem in guaranteeing access to that data was the university’s outdated backup system which limited the services team from implementing new solutions - costing time and money in workarounds.

"We looked at our backup environment and realised the capacity around the legacy system licensing deal constrained us," Kirk said.

"It wasn't going to be able to support our growth, which is in the order of terabytes weekly."

Demand is also high, with student and staff combined logging 730,000 views of record lectures and other videos.

JCU also deployed Veeam Backup for Office 365, protecting the university’s email and document cloud along everything within SharePoint Online, OneDrive for Business, and Microsoft Teams.

Kirk said JCU selected Veeam in large part because of the simplicity of adoption and operation.

"We ran in parallel for three months and had no regrets about turning the old one off."

The result so far has been 100 percent uptime - an impressive feat when the data centres are regularly in the path of cyclones - representing an uplift from JCU’s previous standards of around 96 percent.

“Prior to Veeam, we were spending a few hours every week trying to fix our backup issues. With Veeam, we don’t have to babysit the backup solution any more.

“There is a difference between 97 or 98 percent reliability or availability and 100 percent availability. We have a fleet of around 1200 VMs, so if you take two percent of that failing, that’s a considerable number,” he said.