How DSS will link up state-based child protection systems 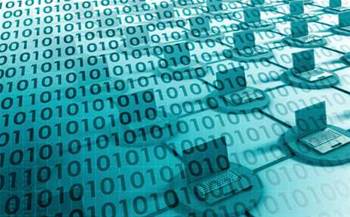 With help from an SME grants scheme.

Plans to make child protection information held in state-based systems available to caseworkers across Australia in near real-time are marching forward at the Department of Social Services.

In partnership with the NSW Department of Family and Community Services, DSS is hoping to address barriers to information sharing through a national system that allows states and territories to fulfil their child protection obligations.

It will be the first time that the more than 200,000 children that come into contact with Australia’s child protection system each year will be visible across state boundaries.

The system would make use of advanced search technology and alarm features to allow child protection agencies in all states and territories to check the status of children at risk and detect persons of interest in near real-time.

While not a national database, the new system will help keep better track of child protection issues that otherwise run the risk of falling between the cracks, in line with the the national framework for protecting Australia’s children 2009-2020.

No system currently alerts caseworkers to background information that may exist outside the state they are in, and while protocols exist for the transfer of child protection information, this relies on the agency being aware of the child having moved.

The government granted close to $1.8 million to Australian SMEs Factil (formerly Infinuendo) and Itree to develop the proof of concept solution in September through its $24 million SME grants program, known as the business research and innovation initiative (BRII).

The BRII was introduced as part of the national innovation and science agenda to develop and test solutions that respond to public sector challenges. The best proposals were granted up to $100,000 to test the feasibility of their ideas over a three-month period, and if successful, further funding of up to $1 million to develop a prototype or proof of concept.

Factil and Itree now have 18 months to develop the proof of concept, which will then be considered for adoption by all state and territory governments if the “prototype is deemed suitable”, according to a DSS spokesperson.

At the end of the proof of concept stage, the department will have the option to purchase the solution, while the SMEs keep the IP rights to their solutions.

The DSS spokesperson said the system was expected to be trialled in NSW and the ACT to test sharing of information.

Future iterations of the system could also link information from other government sectors, including justice, health and education, they said.