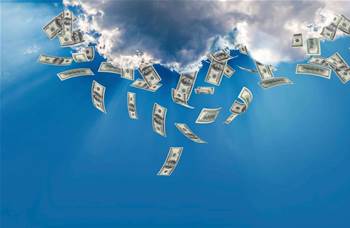 Don't forget about costs in the quest for flexibility.

Bauer Media was not expecting its infrastructure costs to triple after it migrated to Amazon Web Services.

But not when you move from a waterfall approach to software development to one of continuous delivery in a cloud environment.

For Bauer Media, this turned the flexibility of the public cloud from a gift into a curse.

Eighteen months ago, in the excitement of deploying changes to its properties a lot more quickly, costs were overlooked, and when the company received a massive bill from its infrastructure provider AWS, it hit hard.

The newly-implemented continuous delivery approach meant developers were spinning up servers constantly for testing and leaving them running when they weren’t in use.

This posed a problem, because while Bauer wanted to offer its developers the freedom to spin up servers as needed, it wasn’t too keen on a repeat of its big bill.

Every member of the 30-strong Xcel digital delivery team needed to have the ability to deploy changes at any point throughout the day as required - a big advance from the two to three weeks it previously took - but AWS’ user interface didn’t easily allow for servers to be switched off.

“You need to go into their console, know which server to search for, find it in a big list of hundreds and hundreds, and switch it off. That’s much harder than going into a tool that has been set up for you with servers grouped by project, and switching it off at the click of a button.”

The publisher decided to turn to Australian start-up GorillaStack to automate the process of switching servers off when the devs were finished using them.

The company offers cost optimisation and automation tools specifically for use within AWS cloud environments.

Smith told iTnews it has made the process of managing the hundreds of servers in use at any given time a lot easier, and most importantly, has dropped Bauer’s AWS bill back down to manageable levels.

The GorillaStack tool offers integration into Bauer’s Slack channel, meaning servers can be grouped, scheduled, and managed without having to leave the collaboration platform.

“You can also set cost alarms on particular products within AWS to alert you if the cost goes over a certain threshold,” Smith said, but his team is yet to use that feature.

He makes sure, however, to keep the GorillaStack dashboard running on a TV screen in the office so the team can quickly access a summary of what they have spent on AWS that month to avoid another case of bill shock.

Chief technology officer Richard Lennox, however, said the benefits of moving to the public cloud had greatly outweighed the challenges faced along the way.

"Part of the learning experience was how we operationalised our platforms effectively - including managing costs and leveraging the many tooling options," he said.

"We are now realising benefits in flexibility and throughput in delivery that was very hard to achieve previously.”