How ANZ Bank is expanding its use of cognitive computing 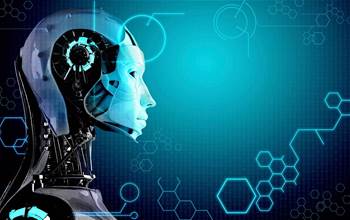 ANZ Bank is expanding its use of cognitive computing globally into areas like advisory, risk, and back office automation, but its chief technology officer is adamant robots aren't going to replace human staff.

The bank has been the highest profile user of IBM's Watson since it first announced it would implement the technology in May 2013.

It spent the following 12 months feeding product data into the intelligence engine, and in late 2014 ANZ’s wealth group revealed it had adopted Watson into its Grow centre in Sydney as a tool for financial advisors to use as they liaise with customers.

The tool is now available in ANZ’s Melbourne Grow centre, and aims to help financial advisors offer services better tailored to a person’s life events - such as weddings, deaths, and real estate purchases.

ANZ trained Watson by loading it with information including product disclosure statements, market data, financial statements and terms and conditions of its wealth products.

It narrowed down to a thousands-long list of questions what customers were likely to ask their advisors and created a thesaurus to help Watson understand non-standard terminology that might be used in a client query.

“If we want to become more relevant as an industry, and move from product orientation into more life-stage banking, where we can match products to important events in our customers' lives irrespective of life stage, you really need to complement product capability with advisory capabilities,” ANZ CTO Patrick Maes told iTnews on the sidelines of the CIO Strategy Summit last week.

The bank has also partnered with Experian for intelligent risk scoring and pricing.

The first implementation of the Experian risk platform has only just gone live, Maes revealed, and is already seeing results including faster approval times for unsecured and personal loans.

“In the lending space where we typically have multiple front and middle office backend systems and complexity ... we wanted to build capability that was intelligent and that could deal with internal and external sources ... where we could increase the automation and reduce time to market for approval of unsecured and personal loans,” Maes said.

The bank has already seen approval times decrease by 5 percent.

Around 150,000 more applicants are now receiving an immediate answer to their request thanks to a 50 percent increase in automation, according to the CTO, and 1000 hours of back office activity has been removed.

“So imagine you keep building on this capability and you use more external resources - it makes it more intelligent.

"It’s a self-learning system, so if we approve a loan that doesn’t seem to be successful, we use the feedback and learn from mistakes to make the system more intelligent. By constantly tuning you reduce effort in your middle and back office.”

In a normal investigation of payments exchanged between a financial institution and ANZ Bank, around 65,000 pages need to be searched, and the correct BSB needs to be identified among 14,500 BSBs located in around ten different channels, Maes said.

“That’s just an example of how one little robot has solved a fantastic problem,” Maes said.

“We have 529 of these robots in production across the world ... who are focusing on taking these repetitive tasks out of the workforce.”

Maes sees the bank’s journey with cognitive computing as only at the very beginning, with many more opportunities on the horizon.

He revealed ANZ is looking at how this technology can be implemented to allow software issues to self-repair before outages can occur.

“It’s being able to anticipate and repair. Not everything can be rule-based.”

Maes described this kind of function - which currently does not exist on the market - as providing both the capability to predict what might happen in terms of outages and abnormal activity, and the intelligence for remedial action.

“Even before the monitoring module can see a server is out because certain software has done the wrong thing, it’s basically identified at the component level.”

The bank is looking at how to improve resiliency and reliability in software for services where five 9’s or 100 percent uptime is needed - like in payments - but Maes noted there is no packaged solution currently available on the market.

“There are multiple algorithms and a lot of research happening in that space. Is there a mainstream capability? No. It’s evolving but isn’t there yet.”

Not the holy grail

Despite Maes’ clear enthusiasm for cognitive computing - he has a Masters degree in AI and cognitive sciences and has spent several decades working in computer science globally - he is emphatic that such technology will not remove the need for human staff.

He refutes the concept of singularity and argues AI will simply replace the repetitive tasks we have created for ourselves, allowing staff to tackle more complex activities out of reach for AI.

“I hear so many people say robotisation of the back office will reduce the need for back office people - absolutely this is nonsense,” Maes said.

“This is just taking the monotone and repetitive tasks we have created through complexity in the IT landscape out, where we basically have humans becoming the integration between two systems; that is what will be replaced.

"By doing so you increase the customer experience, and you can redirect your people to provide a better experience for customers.

“This is not the holy grail for straight-through processing, let me be very clear. It will not reduce the need for back office people.”