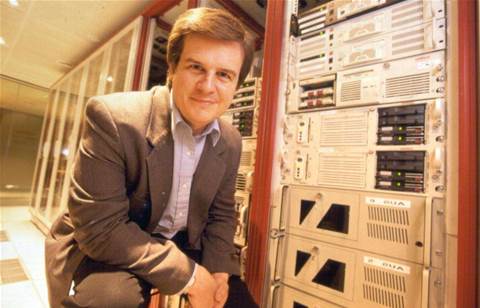 Hostworks' founding CEO Marty Gauvin has quit his post, citing that running the large web hosting company was "not as much fun" since it was acquired by Broadcast Australia.

Gauvin founded the Adelaide-based hosting company, which counts NineMSN among its largest customers, some ten years ago.

In early 2008 the ASX-listed Hostworks was acquired by Broadcast Australia, a subsidiary of the Macquarie Communications Infrastructure Group.

Gauvin told iTnews there was "no restraint" on him or contracted period to stay on with Broadcast Australia post-acquisition.

"From my perspective, I was happy to stay on board and watch the company's progress, to see where a bigger organisation like Broadcast Australia (BA) could add value," he said.

Gauvin only decided to quit when he realised it "wasn't as much fun" working for a larger organisation.

"I definitely like being able to convert my ideas into commercial reality," he said.

"Broadcast Australia has made a significant investment in new processes, applications and projects.

"Under BA, Hostworks can now drive more powerfully in one direction - the provision of critical application management services for a small amount of customers on large annuity contracts.

"But it can't turn. It can't be agile, it can't respond to new technology."

"Cloud computing is still immature, but on the right track," he said. "I will be looking at it with interest."

Gauvin also has received assurances from some of the original shareholders in Hostworks that they are likely to back his new ventures.

He believes the time is right for start-ups in all areas except access to seed capital. But he also believes the Federal Government is making the necessary policy steps to address this barrier.

Gauvin is in the running to sit on the Venture Capital Committee for Innovation Australia, which will make recommendations on the Federal Government's recently announced Innovation Investment Follow-up Fund.

Back at Hostworks, Gauvin will not be replaced.