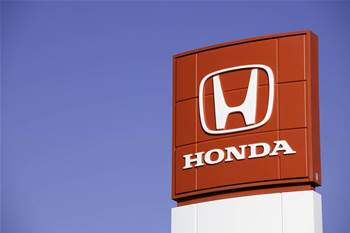 The Honda1SAP project brought the company’s motor vehicles and motorcycle and power equipment (MPE) divisions onto a single operating platform for the first time.

Cutover to S4/HANA was completed in July 2018 after two years of work, though much of the detail of the sizable project has only been made public in the past few weeks.

Until the cutover, Honda Australia ran two IT teams and two sets of systems for both divisions involved in the project.

“Honda Australia began its IT transformation with the objective to run with only one system for its separate entities,” a recent case study by ASG [pdf], which was involved in the project, states.

SAP said separately that the system deployed for Honda Australia is “fully cloud-based” and that it went live “without supply chain disruptions”.

ASG - which provided program, test and change management services to the project - said the platform is the “first of its kind in the automotive industry”.

Honda Australia leant on both ASG and SAP digital business services teams to complete the work.

ASG said that the project saw a new tiled user interface - based on SAP’s Fiori - stood up for Honda Australia’s dealer network.

Finally, the Honda1SAP project was intended to “create a single view of customer data to
improve overall customer experience, marketing and analytics”, according to ASG.

Honda Australia’s motor vehicles division director Carolyn McMahon said in a video published by SAP late last week that the project was “really the biggest transformation our business has had in the last 30 years.”

She said that the new tiled interface made it easier for dealers to order parts and manage inventory.

“Previously in our legacy systems, the dealers would have to look at several systems or several screens to get information on parts,” McMahon said.

“Now, using the Fiori tiles and screens, everything’s in the one spot. It’s very user friendly for them.

“Our motor vehicle dealers can [also] order stock and then closer to the actual manifest - the shipping time - they’re able to change their colour preferences [for cars on order]. It’s really increased the efficiency of our inventory management.”

MPE division managing director Robert Toscano suggested that his business would use the new SAP system “to do some new things.”

“[For example], we wanted to be able to move towards more e-commerce type operations,” he said.