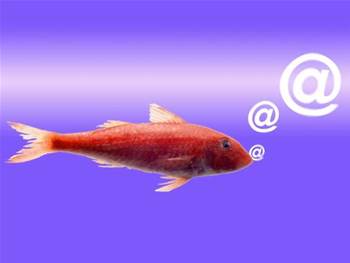 Home users continue to bear the brunt of Internet security attacks, Symantec has found in its January to June 06 Internet Security Threat Report.

Home users continue to bear the brunt of Internet security attacks, Symantec has found in its January to June 06 Internet Security Threat Report.

In the 10th edition of its six-monthly report, the company found that some 86 percent of all targeted attacks are aimed at home users.

Symantec APAC vice president David Sykes said the shear volume of end users, client-side applications and the lack of enterprise-grade security was responsible for the figure.

During the last six months, end users weren’t offered much protection via their web browsers with Mozilla browsers being found to have 47 vulnerabilities, compared to 38 in Microsoft Internet Explorer, the report found.

Microsoft Internet Explorer was the most frequently targeted Web browser, accounting for 47 percent of all Web browser attacks.

Internet Explorer also had an average window of exposure of nine days, the largest of any Web browser. Apple Safari averaged five days, followed by Opera with two days and Mozilla with one day.

The number of newly documented vulnerabilities over the six month period grew to 2249, up 18 percent over the second half of 2005.

To boot, 80 percent of all vulnerabilities were considered easily exploitable, up from 79 percent over the same period.

A staggering 157,477 unique phishing messages, an increase of 81 percent over the second half of 2005, was also detected during the first half of 2006.

The number of spam emails also grew 50 percent over the same period to 54 of all monitored email traffic.

Looking at the coming six months, Sykes said that the rapid rise of websites like MySpace and Facebook, social networking applications would be an area to watch.

“One ‘future watch’ area of security is Web 2.0 where there is a lot of demand for collaboration and easy access to it,” he said.

“The problem is that in the rush to get applications out to market time-to-market is given preference over security.”
Got a news tip for our journalists? Share it with us anonymously here.