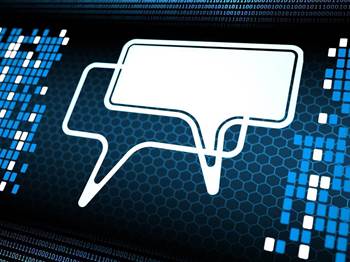 The Department of Home Affairs is planning to ditch its assortment of disparate communications systems in favour of a single platform that can support collaborative ways of working.

The super-agency revealed plans for the large-scale unified communications overhaul late on Friday as part of its wider 2020 technology transformation.

It comes a year-and-a-half after the Home Affairs portfolio was forged to amalgamate Australia's law enforcement, national security and immigration functions.

The portfolio consists of a central department, which replaced the former Department of Immigration and Border Protection, as well as other agencies like the Australian Federal Police, Border Force and the Australian Criminal Intelligence Agency.

But the merger has created a situation where a number of telephony, videoconferencing, and instant messaging systems are currently deployed across the department on existing hardware from Cisco, Polycom, Apple and Microsoft.

“These current systems have largely been developed and implemented in parallel with each other, only occasionally merging as the technologies advanced,” the department said in a request for expressions of interest.

“This means that systems commonly have separate user interfaces and run in separate environments, often on different operating systems.”

To address this Home Affairs is now looking for a single service provider to deliver and integrate an “innovative” UC solution that can be extended to the department’s portfolio agencies.

The solution would span the full extent of internal and external audio, video, instant messaging communications across both unclassified and protected security classifications, and could cover other functions like call centre management.

“The result of this procurement process will be the Department’s transition from the current mixed communications platform comprised of systems from a variety of vendors with different service providers to a UC platform ideally supplied by a single service provider,” REOI documents state.

The department said the new solution would provide the department’s users with “a consistent interface with enhanced communication and collaboration capabilities”, while providing improved value for money.

It also points to the future consolidation and refurbishment of the department’s offices, which will include a new design with ‘collaboration spaces’, as a driver for the changes.

“Technology will play a key role in the success of these spaces and UC will be the key technology platform allowing staff to access information and collaboration applications/hardware quickly, seamlessly and effectively,” the department said.

A single UC platform would also avoid the need for integration with different hardware and software, which would “provide clarity provide clarity of direction for the development and delivery of solutions to end user computing”.

Home Affairs expects to shortlist providers by December, though a contract is not expected to be signed before September 2020.