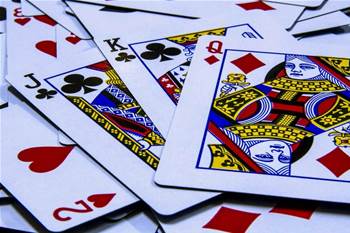 The Department of Home Affairs has reshuffled its technology and major capability group and appointed a new interim chief information officer in response to the coronavirus pandemic.

The temporary shakeup within the super-agency occurred in March after Prime Minister Scott Morrison activated the National Coordination Mechanism (NCM) in response to COVID-19.

The NCM is responsible for coordinating the government’s non-health related responses to coronavirus, including engagement with the education, public safety and agriculture sectors.

Home Affairs told iTnews the technology and major capability group was just one of departmental groups to have undergone temporary changes in response to COVID-19.

“The Department’s response to the COVID-19 pandemic has required staffing moves at all levels to support the National Coordination Mechanism,” the spokesperson said.

The reshuffle comes as the tech group prepares to embark on a once in a generation overhaul of the mainframe environment behind Australia’s mission-critical immigration and cargo systems.

The project will consider the “future operation” of the department’s “IBM mainframe infrastructure” and how its “critical computing workloads” might be transformed.

The department has spent the best part of the last three years laying the groundwork to re-architect parts of its core systems using smaller – possibly cloud-hosted – components.

It has already experimented with Amazon Web Services’ virtual private cloud and DevOps practices at the department’s periphery in a bid to accelerate IT in internal business areas.

The reshuffle also comes less than a year after the department first created the dedicated technology and major capability group and appointed Kovacevic CIO.

The group contains the major capability division and ICT division, which previously fell under the now defunct intelligence and capability group.

Home Affairs is Canberra’s only big four department to make a major change to its tech group during COVID-19 so far, with CIOs at Defence, Services Australia and the ATO remaining the same.