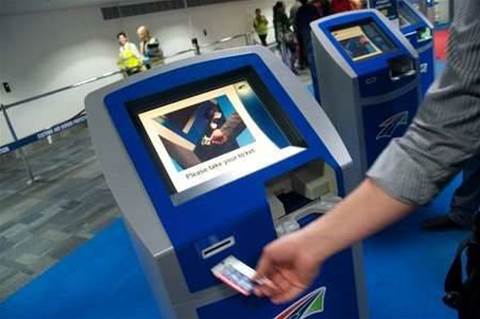 The mainframe environment underpinning Australia’s vast estate of mission-critical immigration and cargo systems is set for a once in a generation overhaul.

The Department of Home Affairs has revealed plans for a “mainframe workload modernisation and optimisation” project to address areas of growing risks and drive down operational expenses.

The project, revealed on Friday, will consider the “future operation” of the department’s “IBM mainframe infrastructure” and how its “critical computing workloads” might be transformed.

The mainframe currently hosts a number of “mission-critical” traveller, cargo and trade systems, which operate 24 hours a day and therefore “require very high levels of reliability and availability”.

Home Affairs will use the proposed upgrade to address a number of “perceived issues and workforce risks with the currently delivery of services provided by the mainframe platform”.

One of these issues is the department’s ongoing struggle to find skilled staff to replace or augment its ageing mainframe workforce – a “significant proportion” of which are approaching retirement.

“This has the potential to leave the department in a position where there is insufficient staff to effectively operate the current mainframe based environments,” RFI document state.

The department said this had the potential to expose it to “some operational risk if even a small number of staff were to depart at around the same time”.

“Due to the reducing opportunities and/or lack of enthusiasm for mainframe education, the department is finding it difficult to replace departing staff, making it increasingly difficult to fully support the Department’s critical applications,” it said.

Home Affairs is also increasing moving towards “contemporary development methodologies” to lessen the time between “development to product deployment for applications changes”.

It has already begun laying the groundwork to re-architect parts of its core systems using smaller – possibly cloud-hosted – components by experimenting with AWS and DevOps at the periphery.

Opening up monolithic and mainframe-based systems with APIs and refactoring some existing applications to run in the cloud were just some of the projects considered at the time.

While not explicitly stated, the department has also experienced a surge in system outages in recent months, most recently in December.

“Unscheduled system outages have a significant impact for front line ABF officers in the performance of their daily duties, RFI documents state.

The department said it will use the RFI to gain a better understanding of “what options currently exist for porting and/or redeveloping mainframe-based systems to contemporary platforms”.

It anticipates using responses to “assess relevant and emerging methodologies and technologies that could influence the development of capability requirements for the project”.

This “may or may not include the ongoing operation of a mainframe platform”, the department said.

“The Department is providing no direction on the possible directions that can be taken in ‘modernising’ the mainframe workload,” the RFI states.

In addition to moving to a more contemporary working environment and reducing risk from an ageing workforce, the department will use the project to reduce costs and increase efficiency.

“Under existing arrangements the department is committed to a mainframe hardware refresh every five years. These refreshes impose a significant financial burden on the Department,” the RFI states.

“The option of extending the operational life of the hardware to spread the cost over a longer period is made difficult by the manufacturer’s schedules for End of Sales Life (EOSL) and End of Support (EOS).”

The department’s mainframe currently operates “all environments with an allocation 7700 MIPS”.