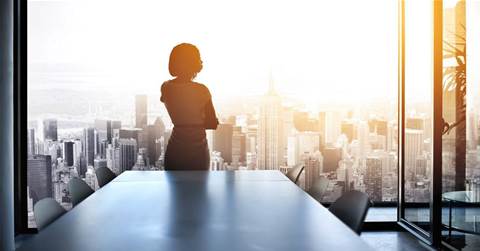 Studies how to include blockchain in trade reform.

Australia's newly-established Home Affairs super-agency wants to create a "single digital window" through which all of Australia's international trade would flow.

This "secure window" would underpin a modernised international trade system for the country that is "digital, automated and user-friendly", Home Affairs said.

It revealed it is currently working with other government agencies and industry to develop its proposal for trade modernisation that it will present to government for approval.

Its remit also includes the management of trade across Australia's border.

In its submission to a parliamentary inquiry on trade, Home Affairs revealed how it intended to respond to the new technologies and globalised supply chains that have "fundamentally changed the way goods are traded" with Australia.

"A key component of a trade modernisation agenda is a single window. A single window would create a secure digital interface between government and industry, and provide a single data touch point for Australian businesses to meet all international trade regulatory requirements," it said.

Single window trade systems provide a central location for cross-border traders to submit regulatory documents like customs declarations and trading invoices, rather than having to deal with multiple government agencies. They are intended to lower processing times and costs for traders.

Implementing such a system in Australia would "allow for seamless and integrated interaction between government and business," Home Affairs said.

"At its most advanced, a single window may remove the need for reporting to government at all: the required information could be ‘pulled’ from commercial data holdings at pre-defined points along the supply chain," the agency wrote.

"A single window would [also] enable earlier identification of border threats through improved knowledge of the supply chain (as more information about imports and exports would become available at an earlier stage); and provide better access to trade information for industry and government.

Home Affairs said it was currently working on developing options for an Australian single digital window.

The agency said it recognised that digitisation on its own was not the complete solution; underlying "inefficiencies" with government-industry interaction would also need to be "identified and eliminated".

"Home Affairs proposes to use digitisation and automation to streamline and harmonise all cross-border trade processes, and to identify and eliminate those that are a burden for industry and government," it said.

Some of the cost of this planned trade modernisation would need to be borne by industry as well as government, Home Affairs said, given both would be "shared beneficiaries" of the reforms.

Home Affairs also revealed it is studying how blockchain distributed ledger technology could be integrated into Australia's trade ecosystem.

Blockchain has the potential to help reduce trade documentation, processing times and costs, and delays stemming from physical movement of paperwork, the agency said.

It would also provide visibility of goods as they moved through the supply chain.

"Trade information required by governments for border clearance purposes is created by industry operators in the international supply chain, and Home Affairs is assessing how it could leverage information that might be held on a trade blockchain," it said.

"We may not need to develop discrete new border management/import/export systems, but rather leverage the pertinent information captured by industry."

Home Affairs said it would use industry information held on a trade blockchain with other processes - like risk assessments - to manage the clearance of goods.

It is also keeping its eye on emerging technologies like artifical intelligence to see how they could be utilised within the trade system.

"As they emerge, we will use new technologies to better analyse and assess trade data to ensure a more secure border.

"We will do this while ensuring the threat of cyber incursion of Australian business, as well as government, and of organised crime is managed," it said.