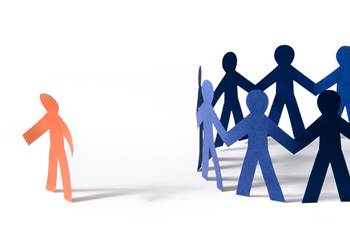 A former Home Affairs IT support manager has provided a rare first-person account of the arrival and encroachment of an outsourcer, as part of an unsuccessful unfair dismissal claim.

Paul Martin filed an unfair dismissal case against the department in August 2020, alleging that his seniority and work function had reduced significantly over the past six years, leaving him with “no reasonable choice other than to undertake a forced resignation”.

The department was also accused of outsourcing more of its IT support than originally envisaged under a 2014-15 program, with existing staff gradually moved to lower-level administrative work.

But Home Affairs denied it had "forced" Martin to resign. It instead argued "the balance" of his responsibilities changed over time, but broadly remained the same, and that Martin "left freely".

It further claimed Martin only filed for unfair dismissal "in order to try and force a redundancy payment" out of the department.

Fair Work Commissioner Jennifer Hunt found late last month that Martin was "unhappy" with his work but not that he had been forced out.

The case was ultimately dismissed on a jurisdictional issue.

A Home Affairs spokesperson declined to comment to iTnews on the substance of the broader allegations levelled against the department in the case.

"As the matter has been heard and determined by the Fair Work Commission, it would be inappropriate to comment on any allegations made in the case," a spokesperson said.

Martin was originally employed as a regional IT service delivery manager for Queensland and the Northern Territory in December 2007 at what was then the Australian Customs Service.

As an executive level 1 (EL1) employee in the Australian Public Service, he was initially responsible for a team of four IT field service officers, who were split equally between Brisbane and Darwin.

In early 2015, ahead of the Australian Customs and Border Protection Service and the Department of Immigration and Citizenship merger, Martin argues his responsibilities began to change.

From the merger spawned the ICT sourcing program, which was designed to simplify the department’s technology environment.

According to the department’s field services transition plan, internal staff were to continue delivering services to frontline facilities such as airports, as well as servicing any classified systems.

But in May 2015, despite the assurances, Martin claims “Unisys technicians arrived at [a] Customs site and advised him that they had been instructed to commence supporting Customs sites”.

Martin said he and his team "were completely taken by surprise" and that the encroachment - one of many - went against internal advice he had received.

“The field services officer role was deemed to continue in a shared, rebranded manner with technology support for front line operations remaining with the internal team,” the decision states.

At the same time, Martin claims regional staff were shut out of redeployment discussions afforded to Canberra-based staff.

In a bid to steer the evolution of the former Customs field services roles, he authored a document in October 2015 that proposed rebranding the positions as ‘technology support’.

In May 2016, plans to move the technology support teams under the storage and facilities services section were discussed, but no changes to roles occurred at this time.

This saw the team’s role change from operational to administrative, supporting “vendors and project teams to access and undertake work in data centre facilities”.

"Outsourcing continued gradually eroding and stripping all end-user technology support operational and management responsibilities from his EL1 role and from the regional ICT field services teams in all operational areas,” according to Martin's evidence.

“IT administrative privileges allowing them to manually install software and modify settings on end-user computer equipment was removed and access to the mobile device management (MDM) system for smartphones was revoked when a new MDM was implemented.”

In November 2017, redeployment was proposed to the border systems support, with options discussed with staff – who “considered this to be an exciting opportunity” – until November 2018.

But a year later, Martin said the redeployment proposal was “withdrawn without explanation” and that his NSW team changed reporting lines.

He also lost a Brisbane-based APS6 resource and was informed that “he would have to absorb the work” – which he described as a “diminishing situation”.

Martin stated that he expressed disappointment; the "redeployment proposal had been a ‘carrot dangling from the stick’ keeping many of the technology support team positive," he alleged.

In February 2019, one of Martin’s two remaining resources in Brisbane commenced long service leave, which saw him required to absorb the workload and complete tasks at an APS level.

Meanwhile, Martin's work continued to change; he provided the commission with "an account of how in September 2019, he had been required to spend an entire day escorting sub-contractors into server rooms where those sub-contractors had relevant clearance levels which did not required them to be escorted."

He "considered it to be demeaning, contradicted access control policy and ... that it usurped his management discretion and control."

Later that year, Martin’s team had a new job description, which he alleged meant no longer providing any significant IT support.

Martin claimed he was “not consulted as to the contents of the position description in any way”, but stayed in the role “due to persistent optimism that there would be positive change”.

In an email to data centre service section director Simon Moore in November 2019, Martin complained that “less than 10 percent of the original role description” remained.

“The role has had all end user technology support, operational and management functions outsourced which comprised over 90 percent of role descriptions,” he said.

“Server room infrastructure support administration functions have expanded from under 10 percent to over 90 percent of the role.

“The department has contracted the end user technology support and service delivery management APS and EL1 position descriptions to Unisys, Optus, and Mobile Assets and has centralised most remaining management functions.”

The claims are supported in evidence presented by Clayton Merriman, who was part of Martin’s team until last year and is still employed by the department.

Merriman claimed “their role and what they were initially employed to complete had diminished as the roles themselves have been outsourced and are now completed by external resources, including Unisys and Optus”.

Almost all IT support now outsourced

In January 2020, Martin took long service leave, during which time he obtained a position at Brisbane City Council as an end user device and technical services manager.

He said he considered this an “education development opportunity” or secondment to further his IT service delivery management skills for the department.

The department said it assumed Martin would return to his existing role following the long service leave and, as such, kept the role open.

A month before Martin was due to return, however, he had a telephone interview that confirmed his role would be the same as he left it.

He then laid out his concerns in a series of emails, to which his immediate boss expressed "surprise".

Martin requested a voluntary redundancy due to the diminishing “seniority, responsibility, accountability, status and technical complexity” of his role, which the department declined. He resigned in August 2020.

Home Affairs rejected Martin’s unfair dismissal claim. It said Martin had “actively assisted and ‘had a good view of’ the outsourcing program" as it progressed, and did not personally express dissatisfaction.

“I find that Mr Martin was not a person dismissed from employment and the jurisdictional objection raised by the respondent is upheld,” Hunt wrote.

Martin did not complain to HR before resigning, the commissioner found, nor did he "expressly inform" management of his growing dissatisfaction.

"Where decisions had been made to outsource some functions, and Mr Martin was tasked with providing for a smooth transition, his evidence is that he did so," the commissioner wrote.

"He was clearly not in any position to oppose such decisions made at many levels greater than him.

"Over a reasonable number of years, he facilitated whatever was required of him in the performance of his role. He did so without making a complaint about any deskilling of his own role.

"Over several years, in the performance of his work, Mr Martin continued to enjoy the benefit of his senior level of employment, did not communicate with the department about the concerns he had about his own role, and sat by as he says the changes occurred around him."

Under cross-examination, Martin's evidence was that he took changes in his stride so as not to "burn ... bridges".

"He said that he wanted his role to continue, or for there to be modifications to it. He stated that he was attempting to maintain a positive working relationship [in the department]."

However, the commissioner ultimately ruled that Martin had left of his own accord and had since found satisfying employment.

“Essentially, it is with no disrespect to Mr Martin, he wanted to enjoy the benefit of working for Brisbane City Council where on his account, his skills and professional abilities were appreciated, and then have the department concede, on his timeline, that he was entitled to be made redundant,” the commissioner wrote.

“When, unsurprisingly, he was told no, he suggested that he was being forced to resign. When this was resisted by the department, Mr Martin went ahead anyway and resigned, stating that he was forced to.”