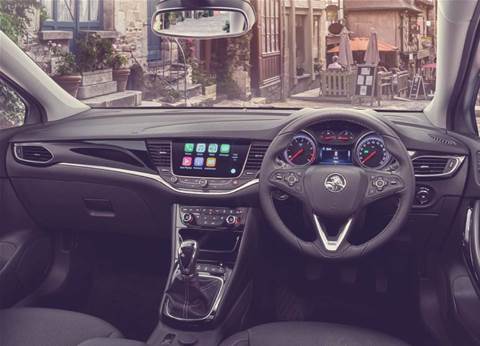 General Motors is taking a major step towards launching its OnStar in-vehicle telematics system in Holden-badged vehicles by appointing a Melbourne-based wireless engineer to oversee the rollout.

OnStar is GM’s connected car technology. It powers services such as vehicle diagnostics, navigation and security, and can also be used as an internet hotspot.

GM pledged at this year’s Detroit motor show in January to bring OnStar to Australian vehicles “by 2020”.

It revealed overnight a major step towards that goal via plans to recruit an “end-to-end wireless systems engineer” who will sit in Melbourne “in preparation for OnStar's exciting launch on Holden, and other GM vehicles, in the Asia Pacific region".

Holden’s Astra already has in-built OnStar hardware, and other next generation models will similarly carry the building blocks for the service, according to reports.

GM said its Australian engineer would be “responsible for ensuring the systems used to provide GM connected vehicle services are operating and functioning properly and the services are delivered successfully to all active subscribers".

They are expected to work closely with other global GM resources to get OnStar bedded down in cars both in Australia and across the Asia Pacific region.

Elsewhere, others in the industry have also been preparing for the arrival of connected car services in Australia.

The telco tested applications including “alerting a driver to roadworks ahead, giving green light priority to high priority vehicles, and … optimal green light timing where the vehicle is informed of the optimal speed to approach a traffic light so that that they get a green light when they arrive, therefore allowing a more continuous flow of traffic".

Gartner predicts there could be around 250 million connected cars on the road globally by 2020.